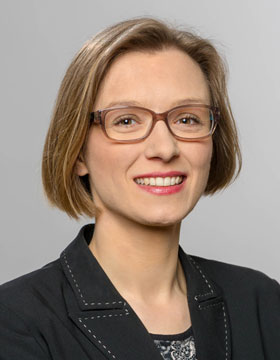 Professor of Political Philosophy and Theory

Born in 1983 in Nuremberg
Studied Economics, Philosophy, and History at Ludwig-Maximilians-Universität München and Political Theory at the University of Oxford

The Order of Knowledge and the Division of Moral Labor

Human morality is socially embedded: Depending on their social context, individuals have different moral duties. This "division of moral labor" finds expression in different social roles with different responsibilities, the distinction between "negative" and "positive" duties, and the differentiation between the fulfillment of duties and supererogation. Traditionally, many thinkers have argued that our most important moral duties are toward those who are close to us, because we know most about their situation and they are most vulnerable to our actions or omissions.
Two developments have, arguably, upset the tradition fabric of divided moral labor. Globalization has reduced the power of nation states, which had played an important role as moral "providers of last resort", and has created causal ties that span the globe. Digitalization has turned the order of knowledge upside down: the costs of sharing information have fallen dramatically, and new struggles for sovereignty over information have begun.
In my project, I want to explore how to conceive of the division of moral labor under these new circumstances. One focus will be on exploring whether insights from the social sciences and economics on the causes of the (non-moral) division of labor, e.g. economies of scale and the role of transaction costs, can enlighten philosophical thinking. A second focus will be on the order of knowledge in the digitalized age and its relation to the division of moral labor. Knowledge is power, as Bacon said, but is knowledge also moral responsibility? My hypothesis here is that we need to fundamentally rethink the responsibility for, and the privileges connected to, knowledge, in order to prevent a situation in which socially useful knowledge is "privatized", while knowledge that brings responsibilities is "socialized".

In this colloquium, I will first set out the general contours of what it would mean to develop a "political theory of knowledge." In recent years, we have seen a number of troubling phenomena that show that we cannot take the role of knowledge claims in politics and society for granted. In areas such as climate science, scientific evidence is systematically discounted by powerful interest groups; public discourse is polarized and misinformation plays a considerable role ("fake news"). Populist politicians such as Brexiteer Michael Gove argue, "People have had enough of experts." In political theory, the political dimensions of knowledge have long been left implicit, maybe following an optimistic assumption that truth will always prevail in the "market place of ideas." A "political theory of knowledge" needs to explicitly reflect on the political preconditions, contexts, and consequences of knowledge claims.

But a project that reflects on the responsibilities of experts, the failures of science communication, or the need for an epistemic infrastructure of markets may seem hopelessly outdated in an age in which it is often said that algorithms will take over decision-making in areas from shopping recommendations to parole decisions to prioritization in health care. Hence, a "political theory of knowledge" also needs to grapple with these new challenges. As Joseph Weizenbaum, one of the pioneers of artificial intelligence research, once put it: "The question of what we can get a computer to do is, in the final analysis, the question of what we can bring a computer to know" (1976, 72).

Therefore, in the second, more specific part of my talk, I focus on the question of how algorithms make decisions. To highlight some features of algorithmic decision-making, I contrast them with three key elements of Hannah Arendts political thought: plurality, natality, and judgment. Reading Arendt somewhat against her own grain, I argue that "Arendtian practices" in which human beings come together, exchange arguments, make judgments, and start something new can be found in various social spheres, not only in the political sphere. With algorithmic decision-making taking over more and more areas of life, however, the spaces for such "Arendtian practices" might shrink. Moreover, there is the danger that algorithms will be tasked with decisions for which they are not suited. Thinking through the contrast with Arendts notion of politics helps to distill criteria for delineating realms in which algorithmic decision-making should be welcomed from realms that should remain in the hands of humans.

Preface to the special issue on workplace democracy

Work, identity, and the regulation of markets : a study of trademark law in the United States and Germany

The epistemic division of labour in markets : knowledge, global trade and the preconditions of morally responsible agency

Global trade with an epistemic upgrade

Reclaiming the system : moral responsibility, divided labour, and the role of organizations in society

Past Futures of Work (I)

Shifting categories. Unsettling the way we think about work (III)

Shifting categories. Unsettling the way we think about work (II)

Shifting categories. Unsettling the way we think about work (I)