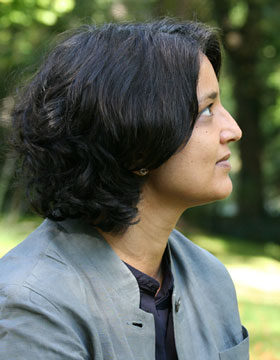 The Rule of Abstraction: Fabricating Economics from Malthus to Keynes in the British Empire

During my Fellowship, I intend to pursue two main projects. First, I plan to complete the final draft of my second book project, "Imaginary Futures: Interwar Colonial Internationalisms and their Afterlives". This project excavates the multiplicity of internationalist projects ? political and ideological, social-scientific and organizational ? that were forged by colonial subjects amid the systemic chaos of the interwar decades and that helped shape subsequent social and economic movements in the Cold War era.
Second, I hope to spend the majority of my residency drafting sections of my third book project, "The Rule of Abstraction: Fabricating Economics from Malthus to Keynes in the British Empire". This project explores the co-evolution of Britains empire - with its hierarchical apparatus of rule and a profoundly variegated economy - and the making of the modern discipline of economics. A remarkable aspect of British imperial rule was the pervasive role of leading British classical and neoclassical economists in imperial governance, both as long-distance administrators and proximate colonial officials. Robert Malthus (1766-1834) occupied the first professorship of Political Economy in the East India Companys School in Hertfordshire (1805), responsible for training generations of colonial administrators. James Mill (1773-1836), who synthesized the work of philosophical radicals such as David Ricardo, and his more famous son, John Stuart Mill, were both long-run administrators in the India Office (serving respectively 17 and 35 years). James Wilson, the founder of The Economist, the most significant organ of free trade and free market liberalism, was colonial Indias first Minister of Finance in 1859, following the abolition of the East India Company. Alfred Marshall (a founding figure of neoclassical economics) and John Maynard Keynes (whose first work was on colonial India) began their careers at the India Office and served on numerous financial and economic reform committees.
My project seeks both to demonstrate the internal relation between empire and economics - their superimposition and interpenetration across institutions, pedagogical domains and everyday life - and explore how this legacy was reckoned with in mid-20th-century heterodox economics within and beyond the British Empire.

The Empire of Economics

Contemporary economics is often derided as the most "imperial" of all disciplines. While the use of empire as epithet is questionable, the complaint registers the peculiarity of disciplinary economics. It is hard to think of another discipline that combines such enormous worldly import with an apparent immunity from the kind of reflexivity, observational validity, and predictive accuracy that historians of science have so meticulously mapped. My project seeks to provide historical and analytical vantage on this stubborn combine - the outsized effects of economics and its peculiar abstractions - by exploring the long-run co-habitation of political economy and Britains empire. It takes as its point of empirical departure the pervasive presence of leading classical and neoclassical economists in the governing institutions of Britains empire across major conjunctures, from the age of Robert Malthus to that of John Maynard Keynes. A basic contention of this project is that we cannot understand how and why a once capacious, and demotic, framework of classical political economy devolved into the more circumscribed, increasingly self-referential, and ahistorical confines, via the late-nineteenth century marginalist revolution, of neo-classical economics without reckoning with the contingent yet consequential yoking of economics and empire.

Drawing upon this larger project, my Tuesday colloquium reassesses the major work of John Maynard Keynes. It seeks to re-inscribe Keyness 1936 work, "General Theory of Employment, Interest and Money", within the socio-institutional and regulatory scale of the imperial economy. Restoring the occluded place of empire in Keyness work at once clarifies and amplifies its significance, extending its import beyond the merely "economic" and the restricted Euro-American cartography of dominant histories of economic thought.

Crisis economics : Keynes and the end of empire

Producing India : from colonial economy to national space Chicago studies in the practices of meaning

A Communism of Intelligence

The Empire of Economics