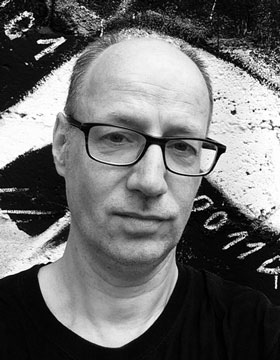 Professor of Sensory and Behavioural Ecology

Hive Mind: the Intelligence of Honeybees, Bumblebees and Their Relatives

My main goal is to write a book entitled as above.
People have long been fascinated by the immense variety of instinctual behaviours that are required so that a 60,000-individual-strong beehive can operate like a smoothly oiled machine. While people accept that the neural templates for dozens of complex instinctual behaviours can be instantiated in a miniature brain such as a bee's, the common perspective is that there is insufficient room for intelligence in an insect head.
It is now clear that this notion is no longer tenable. Foraging bees navigate successfully over miles, recalling the location of their hive and multiple foraging destinations. In visiting flowers, they remember the most profitable species by their colours, patterns and scents, but studies of the cognition of bees in the past 20 years have substantially challenged the notion that simple associations explain how a bee interacts with its environment. Bees can count landmarks, recognise human faces and solve basic versions of the travelling salesman problem. Just last year, it was discovered that bees can solve cognitive problems once thought to be the domain of primates, e.g. pulling a string to gain access to reward and simple tool-use problems. An important shift in perspective has been generated by the observation that bees' intelligence is highly individually variable. The existence of such "personality"-like phenomena has important consequences for the organisation of labour in the hive, and variance between hive "personalities" directly affects fitness in the economy of nature.
The core of the book will be to describe these recent research breakthroughs and their significance across disciplines, and in a manner that is intelligible not just to scientists, but also to the scientifically interested layman. The findings above have wide-ranging implications for understanding cognition in animals more generally, its evolution and its neural-computational underpinnings. They call into question the notion that large brains are required for intelligent behaviour and open future avenues of research exploring the neural hardware mediating cognition in relatively small nervous systems. Insect nervous systems have several orders of magnitude fewer neurons than vertebrates, meaning that we can give crisp mechanistic explanations for relatively complex behaviour. Recent neurobiological research and modelling has shown that advanced cognitive capacities naturally emerge from exceptionally small neural circuits. This raises the question of what big brains are for - and the answer might well be that they do not necessarily mediate higher intelligence - but just more memory storage space, rather than more complex or faster computations. The microcomputer that is the bee brain thus offers potentially extremely efficient and elegant biological inspirations for information-processing in real computers.

The Mind of the Bee

Bees have a diverse instinctual repertoire whose complexity exceeds that of most vertebrates. This repertoire allows the social organisation of such feats as the construction of precisely hexagonal honeycombs, an exact climate control system inside their home, the provision of the hive with commodities that must be harvested over a large territory (nectar, pollen, resin and water), and a symbolic communication system that allows them to inform hive members about the location of these commodities. However, the richness of bees instincts has traditionally been contrasted with the notion that bees small brains allow little behavioural flexibility and learning behaviour. This view has been entirely overturned in recent years, when it was discovered that bees display such abilities as counting, attention, simple tool use, learning by observation and metacognition (knowing their own knowledge). Thus, some scholars now discuss possibilities like consciousness in the bees. These observations raise the obvious question of how such capacities may be implemented at the neuronal level in the miniature brains of insects. We need to understand the neural circuits, not just the size of brain regions, that underlie these feats. Neural network analyses show that cognitive features found in insects, such as numeracy, attention and categorisation-like processes, may require only a very limited number of neurons. Using computational models of the bees visual system, we explore whether seemingly advanced cognitive capacities might pop out of the properties of relatively basic neural processes in the insect brains visual processing area, and their connection with the mushroom bodies, higher-order learning centres in the brains of insects.

The mind of a bee

Selective interspecific information use in the nest choice of solitary bees

How foresight might support the behavioral flexibility of arthropods

Cognitive aspects of comb-building in the honeybee?

Adaptive learning in non-social insects : from theory to field work, and back

Large-Scale Transcriptome Changes in the Process of Long-Term Visual Memory Formation in the Bumblebee, Bombus terrestris
Nature more publications in the Fellows' Library

The Mind of the Bee