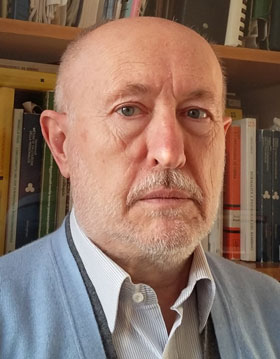 The Naturalization of Economic Discourse: Organic Metaphors of Development and Economics as the Product of Natural Laws (14th-18th Century)

On the basis of my previous research on western Christian economic lexica and the gradual formation of a medieval and early modern economic discourse that produces political criteria of inclusion in and exclusion from cities and states, the aim of my present research project is to analyse how organic metaphors of economic development, which are typical of the theological/economic doctrines and public rhetorics between the 12th and 15th centuries, were introjected and metabolized by modern economics and modern economic thinkers. In this light, the birth of so-called scientific economics in the age of the mercantilist shaping of different kinds of European financial policies (16th-18th century), can be reinterpreted as the rearrangement and synthesis of the traditional economic discourse performed by late-medieval and early modern Scholastics, hiding and apparently neutralizing the explicit political core contained by that previous "medieval" discourse. From this linguistic and genealogical perspective, the logic and structural shape of modern economics and economic representations can appear inextricably linked to the late-medieval and modern increase of financial, political and doctrinal rules representing economic inequalities as the outcome of natural laws.

Todays way of thinking about economics and the science of contemporary economics that is supposed to put it into scientific terms have been described by historians of economic thought and by economists both as the outcome of the growth of European rational thinking and as the modernization/secularization of premodern (that is "medieval") ways of thinking about economics. The growth of Western economic rationality has been imagined and represented as overcoming medieval and early modern economics from many different perspectives. On the whole, it is possible to summarize these different perspectives in two main methodological groups. The first one, primarily represented by Joseph Schumpeter, has portrayed Western Christian and European economic rationality as the result of a gradual improvement in the understanding of economic laws that began during the Middle Ages and accelerated since the 16th/17th century because of many different kinds of scientific discoveries (from gravitational attraction to the circulation of blood). According to this view, some medieval scholars had perceived in a blurry way some key economic principles that later were fully understood and, finally, from the end of 18th century, were logically demonstrated and organized by classical and then neoclassical economists. The second group, in contrast, makes an accurate distinction between the presumed medieval and early modern misunderstandings of economics, which depended both on the premodern absence of market logic and on preindustrial modes of production, on the one hand, and the modern/contemporary shaping (18th- 20th c.) of economic science directly connected to the new understanding of economic laws derived from the industrial revolution, on the other hand.

After a presentation and discussion of these two historiographical and methodological trends, as well as of some innovative linguistic and socio-historical approaches to what the modernization of economics actually means from a political and semantic viewpoint, I will suggest another possible interpretation and decoding of European economic languages between the Middle Ages and modernity (15th-18th c.). This alternative perspective makes it possible to decipher the shaping of some aspects of modern economics (and of Western economic modernization) as the outcome of the modern absorption and systematic implementation of premodern economic linguistic/political components that were transmitted from premodern (13th-15th c.) to modern times (16th-19th c.) as metaphors, images, and allegories representing economic asymmetries, unequal economic opportunities, and social disparities as if they were an organic equilibrium based in the order of nature. Indeed, this metaphoric system of economic notions, originally embedded in a theological conceptual syntax, was translated into a language that at the same time converted economic metaphors into economic rules and laws and concealed their own explicit historical political meaning. The premodern economic imaginary could then reappear and be reactivated in the shape of an economic rhetoric representing social inequalities and economic asymmetries as the natural and necessary byproduct of a rationally verifiable economic order.

Jews, economic metaphors, and the healthy body politic : the jewish role in Christian economic narratives and the virth of modern economics

Jewish usurers, blood libel, and the scond-hand economy : the Medieval origins of a stereotype (from the thirteenth to the fifteenth century)

The origin of a medival anti-Jewish stereotype : the Jews as receivers of stolen goods (twelth to thirteenth ceunturies)

Credit and debt : patterns of exchange in western Christian society