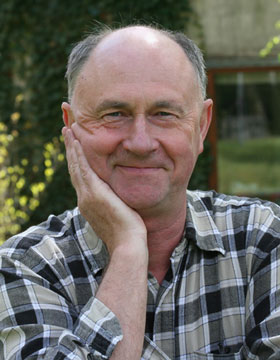 The adult sex ratio (ASR) is a fundamental variable in demography and population biology. The ASR is predicted to play a major role in influencing social behaviour and reproduction, including aggression, mating competition, sex roles and parental care across all animals, including humans. The ASR is therefore likely to help explain variation in social interactions (i.e. violence, fights), courtships (i.e. display behaviour), forced copulations, mating systems (i.e. who mates with whom and when) and parental behaviour (i.e. which parent cares for the young) both among species and among populations. Indeed, in humans, recent (but often rather preliminary) studies show that the ASR can be used to predict mate choice, economic behaviour, divorce rates, extramarital affairs and levels of rape and violence. Therefore, determining the causes and implications of ASR variations in wild populations could provide important comparative insights to yield a more comprehensive understanding of the evolutionary processes affecting the social behaviour of both animals and humans. Greater insights could have major implications for policy decisions related to population demography, biodiversity conservation, social justice and health.
My Wiko project has two specific objectives. First, to establish what causes ASR variation in mammals, birds, reptiles, amphibians and fishes. Second, to explore how ASR variation is related to variation across species (or populations) in mating systems and parental care. My overarching objective is to find broad-scale patterns that cut across the many million years of independent vertebrate evolution in these five groups. Working with the members of the Focus Group Causes and Implications of Adult Sex Ratio Variation in Vertebrates will provide a unique opportunity to accomplish these objectives.

The Significance of Adult Sex Ratios: From Populations to Phylogenies

Adult sex ratios are highly variable among organisms: some animals only have females in their population whereas others have more males than females. How does this variation emerge? And why are these variations important? Understanding the causes and implications of adult sex-ratio variation is important for both human and non-human societies. In this colloquium I will focus on an adult sex ratio (ASR) which is usually quantified as the proportion of males in the adult population.

I will take you through a journey of several decades. The story starts in 1990 when I realized that in my favorite study species, the Kentish plover - a small shorebird that has fascinating mating and parenting behavior - one parent abandons the family, usually the female leaving her mate and offspring. Why do females abandon the family? The answer seems to lie in the harsh world of natural selection. Females abandon their family to seek a new mate and increase their reproductive success - i.e. to enhance their Darwinian fitness - even though this is bad for their mate, since he may spend as much as a month rearing the young to independence, during which time he might be killed by a predator.

But why do females abandon the family more often than do males? The answer, I suspected, lies in the adult sex ratio. If a population has many bachelor males, the females chances of remating are favorable and so they are more likely to remate and renest than the males. To investigate these propositions, we carried out an experiment in the natural habitat of plovers to quantify the time it takes for unmated males and females to find a new partner and reproduce. In addition, we also modeled the number of males and females in the population using demographic analyses: both the field experiment and the demographic analyses showed that in the Kentish plover population there are indeed many more males than females.

How general are these results? To test the generality of the relationship between mating system and adult sex ratio, we used one of the oldest approaches in biology - namely the comparative one. Biologists ever since Aristotle have been aware of the importance of cross-species comparisons, although in the last 30 years these techniques have undergone fundamental changes. The key idea here is that by using phylogenies, one can test whether the associations between ASR, mating and parenting hold across a broad range of taxa. Using phylogenetic comparisons we showed there are indeed strong relationships between mating, parenting and ASR not only in shorebirds - that group of organisms which includes plovers - but also across the class of birds as a whole.

Finally, I will recap some of the outcomes of the WIKO Focus Groups project on ASR variation.

Olfactory camouflage and communication in birds

Sex-biased breeding dispersal is predicted by social environment in birds

The effects of adult sex ratio and density on parental care in Lethrus apterus (Coleoptera, Geotrupidae)

Adult sex ratios and their implicaitons for cooperative breeding in birds

Adult sex ratios and reproductive strategies : a critical re-examination of sex differences in human and animal societies Philosophical transactions of the Royal Society of London / B ; 372

Adult Sex Ratios and Reproductive Strategies : A Critical Re-examination of Sex Differences in Human and Animal Societies
The Royal Society more publications in the Fellows' Library