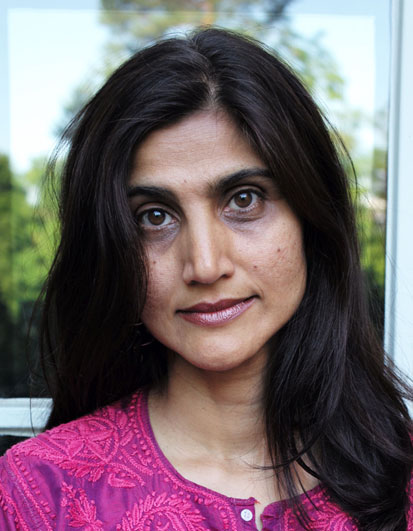 Born in 1969 in Krugersdorp, South Africa
Studied Religious Studies at the University of Cape Town and at Temple University, Philadelphia

For this project, I bring premodern and contemporary Sufi perspectives to a number of current ethical debates on gender equality, sexuality and social justice. Despite the rich Muslim ethical resources found in a range of scholarly works, including areas of law, mysticism, philosophy, theology and literature, many contemporary Muslim discussions of ethics draw disproportionately from traditional legal discourse, often in an ahistorical manner My focus lies instead on exploring Sufi texts that offer Muslims alternative spaces to explore the underlying foundations of ethics and the law. Such a project directs one's inquiry to core definitions of the human being, the God-human relationship and related implications for sociality and ethics within Sufi discourses. I argue that this level of inquiry allows Muslims to critically re-examine contemporary ethical challenges in light of the deepest existential and religious priorities within the Muslim tradition. Such an approach provides important criteria to determine whether prevailing norms and dominant legal formulations reflect the best possible contemporary understandings of essential religious, ethical and spiritual prerogatives within Islam. My central goal is to develop a robust and creative hermeneutic model for readings of Sufi ethics within the Muslim tradition in ways that might be of value to contemporary Muslims seeking social transformation in a world that is deeply scarred by injustice. Amongst other things, I bring feminism and post-colonialism into conversation with Sufism, with the hope of enriching both Sufi discourse and this set of contemporary theoretical frameworks. The book's goal is to expand the horizon of Islamic ethics in the present by developing a sustained reflection on the forms of relationality that sustain the deepest Muslim existential and spiritual imperatives. While the book develops conceptual linkages between gender and Sufi ethics, it will also bring these insights to bear on a number of contemporary challenges, including issues of sexuality, reproductive rights, marital hierarchy and domestic violence, amongst others.

An Embrace of Undoing: Gender and Sufism

My book project at WIKO is a constructive theological project on Muslim ethics and is informed by the convergence of Sufism (Islamic Mysticism) and feminism. For the purposes of this presentation, I explore some ideas of an influential pre-modern Sufi thinker Muhyi al-Din Ibn Arabi (d.1240). In particular, my paper focuses on ways that mystical language and method provide a dynamic model to engage human nature and gender within the Muslim tradition. Sufis, like mystics from other religious traditions, often employ dialectical forms of language in an attempt to overcome the limitations of language in expressing reality. As such, their use of paradoxical language seeks to facilitate fluidity, receptivity and experiential openness. I examine how these linguistic and existential modes enable spaces ripe for feminist reflections. By drawing some contemporary feminist theorists into conversation, I analyse aspects of Ibn Arabis gendered language, alert to moments of disruption, dislocation, and resignification of gender. I argue that Ibn Arabis mystical pedagogy pushes the reader to the limits of a more binary (and often patriarchal) rational logic resulting in a baffling and productive entanglement of normative gender categories. Ibn Arabis use of paradox, ambivalence, and contradiction - organic elements of his Sufi epistemology - results in generative spaces of tension that creatively interrupt fixed conceptions of gender, allowing for more expansive and inclusive notions of human nature.