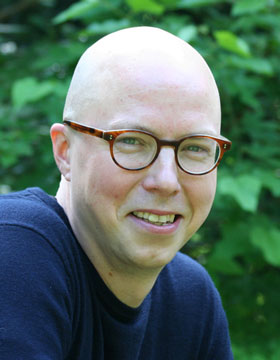 Born in 1980 in Lahti, Finland
Studied Cell Biology and Genetics at the University of Helsinki

How is it possible that we can vividly remember transient events from our past? Although the concept of memory is significant to us all, we know surprisingly little about how our mind works at the molecular level. It is well established that learning and memorizing new things involves the structuring and stabilization of discrete synaptic connections between neurons. However, it remains poorly understood how these memory-related structural rearrangements of synapses are maintained over long periods of time to preserve the memory. Further, we do not know, for example, why aging, which is the culmination of the process of collecting memories, eventually results in memory collapse.
Interestingly, although the network architecture of brain-residing neurons represents the pinnacle of biological complexity, some aspects of the information storage mechanisms at neuronal synapses might be evolutionarily ancient. Even single-celled organisms, such as baker's yeast, sense and adapt to signals derived from their surroundings. These external signals can promote large-scale intracellular transitions in which specific soluble proteins transit into large multimeric assemblies. Such transitions, often driven by specific "aggregation domains", are associated with a change in protein activity, thereby coordinating phenotypic changes that can promote the rapid and, in some cases, persistent adaptation of the cell to its fluctuating environment.
In neurons, aberrant protein aggregation has traditionally been associated with aging, neurodegenerative diseases and dementia. From this perspective, it seems macabre that the human genome encodes more than 200 proteins with putative aggregation domains. Why would aggregation-prone domains, if only harmful, have been selected for in evolution? The explanation might lie in the aggregation property of such sequences, which, similar to in yeast, might allow the integration of flexibility in the proteome. This flexibility, manifesting in rapid conformational changes that drive aggregation and loss or gain of function, may allow adaptive events to take place, such as those occurring in stimulated synapses leading to memory encoding. On the flip side, the metastable nature of aggregation domains might make them particularly susceptible to loss of regulation and could explain their association with aging and neurodegenerative diseases.
Following these perspectives, my fellowship at the Wissenschaftskolleg will focus on investigating the role of protein conformation switching in synaptic stability and tuning neural circuits to promote memory maintenance.

On the Burdens of Getting Older (and Wiser)

Our first breath marked the moment when we entered a world filled with uncertainties. If we are fortunate, we are able to navigate through the hazardous obstacles life throws our way and can live long enough to witness old age. This "staying alive" period (as so elegantly crystallized in the Bee Gees song in 1977) is filled with countless learning experiences, trials, and errors that help us adapt to the changes and challenges in our surroundings, shaping our characters along the way. While our life histories are largely unique, there is a collective and unavoidable experience that we share in the end - we die. Our passing will mark the culmination point of our physiological deterioration over time - aging.

My colloquium will probe the intersection between adaptation and aging. In particular, I will focus on the causes and consequences of a molecular event in which proteins stick together to form large assemblies, (hereafter referred as aggregates). Paradoxically, such protein aggregation events are evolutionarily conserved cellular hallmarks of both adaptation (which allows cells/organisms to better cope with their surroundings) and aging, (a process characterized by progressive loss of function). Moreover, the proteins that form the aggregated assemblies can be the same one in both adaptive processes and aging. However, the characteristics of the corresponding assemblies appear to differ. These differences alter the biochemical function of the assemblies, providing an explanation why the aggregated assemblies in the two different contexts result in dramatically different functional consequences for the organism. As an example, whereas functional aggregates are important for memory, the age-associated aggregates are linked to dementia.

In my presentation, I will provide examples of how these two processes, functional and non-functional protein aggregation, are connected. I will present emerging connections between aging and adaptation in yeast cells and will draw parallels to the corresponding processes in mammals, including us humans. I will argue that aggregation-prone sequences found in specific proteins may be examples of antagonistic pleiotropy, whereby they confer adaptive flexibility, but at a cost that is revealed during aging.

Spatial Regulation of Coalesced Protein Assemblies : Lessons from Yeast to Diseases
Taylor and Francis more publications in the Fellows' Library