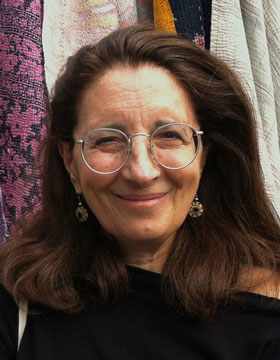 Professor of the History of Medicine

Born in 1950 in Carbonia, Italy
Studied Social and Political Sciences at the University of Florence

The Case Narrative in Pre-Modern Medicine: a History Across Cultures

The case history, that is, a report of the course of a disease in an individual patient, is a form of medical writing that we find in many cultures and times. It is one of the most widespread kinds of text associated with the practice of medicine: A moving record of suffering, the case is also a dispassionate effort to look lucidly into the human face of disease and describe its ravages on a person's body and mind. Because of its focus on the individual patient, the case narrative speaks of concepts and practices of healing that relate to notions of individuality and personhood. It documents the intersection of the biomedical and the biographical dimensions of health care - the point where generalized knowledge of disease comes to terms with the individualized approach often required for treatment. It records the tension we find in many medical cultures, ancient and modern, between categorizing and individualizing notions of disease - disease as ontological entity and disease as individual illness.
As a form of medical writing, the case narrative is a genre of astonishing longevity, spanning the centuries from antiquity to modernity. In those medical cultures that are based on a long and continuous tradition of specialized writing, such as the European and the Chinese, case narratives are among the oldest extant medical records. My book will be the first comprehensive history of the case history in pre-modern medical cultures. While I focus especially on the European medical tradition, I bring a cross-cultural and comparative approach to this topic. I study the development of the medical case history in a long-term perspective by tracing its antecedents in ancient Greek, medieval European, and medieval Arabic medicine. In a cross-cultural perspective, I compare the early modern European case collections with the case collections that developed in early modern Chinese medicine. I argue that the cross-cultural history of the medical case can tell us much about the epistemic significance of case-based knowledge not only in medicine, but also in other areas, such as the law and ethics, where the search for general rules coexists with the cognitive need to focus on individual circumstances.

The Medical Case in Pre-modern Europe and China: Comparative History of an Epistemic Genre

What is a medical case? And come to think of it, what is a case tout court? My answer is that the case is an "epistemic genre", namely, one of those basic textual forms that develop out of scientific practices and feature a distinctively scientific - rather than literary - cognitive effort. Think for instance of the encyclopedia, the commentary, the treatise, the herbal, the pharmaceutical recipe, and so forth. These are all kinds of texts that are present in many cultures and times. A focus on epistemic genres, therefore, seems especially useful for the comparative and cross-cultural history of knowledge-making practices.

In a nutshell: the medical case is a report of the course of disease in an individual patient. We come across this kind of text in various medical cultures at different historical periods. It is a genre of astonishing longevity, spanning the centuries from antiquity to modernity. In those medical cultures that are based on a long and continuous tradition of specialized medical texts, such as the European and the Chinese, case narratives are among the oldest extant medical records. In both Europe and China, however, the medical case emerged in antiquity only to go subsequently through long centuries of oblivion. It was only in the sixteenth century, in China as in Europe, that the medical case emerged as an autonomous form of writing, becoming an established genre with an uninterrupted tradition reaching up to the present day.

I will compare the early modern European medical case collections (or, as they were called, "Observationes medicae") with the "case statements" ("Yian") that developed in early modern Chinese medical culture. I will survey the similarities of the genres in the two contexts, while also briefly considering their main points of difference. My most striking research result is that there were remarkable similarities between the "Observationes medicae" and the "Yian": in fact, and perhaps surprisingly, the similarities quite outnumber the differences. What explains these similarities? Were they due to some intellectual contact and exchange between pre-modern Europe and China? Or did the case narrative emerge, develop and flourish in each of the two cultures independently, as an indigenous cultural species? Furthermore, in Europe as in China: what kind of medical thinking, which intellectual and social practices formed the backdrop for the emergence of the case narrative as a distinct epistemic genre?

Trying to answer these queries, I hope, will give us some insight into the question I posed at the beginning. What is a case? What does it mean to be thinking in cases? What is the epistemic and social significance of case-oriented knowledge? These questions are relevant not only to medicine but also to all those disciplines, such as for instance the law and bioethics, where the search for general rules coexists with the cognitive need to focus on individual circumstances.

The medical case narrative : distant reading of an epistemic genre

The recipe and the case : epistemic genres and the dynamics of cognitive practices