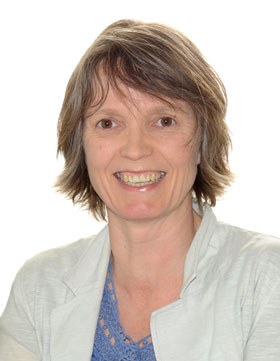 A Blind Spot in the History of Capitalism

The recent wave of interest in the history of capitalism is welcome evidence of a renewed enthusiasm among historians for the history of economic life. In economics, too, there are clear signs of greater attention to understanding economic activity in its political, social and cultural contexts. In the emerging research on the history of capitalism, one might expect capital to play a central role; after all, it is difficult to imagine how we can understand capitalism without grappling with capital, even if we can agree that it is about more than that. Yet, recent books on the history of capitalism are striking for their limited attention to capital. Even Thomas Piketty's celebrated recent book, Capital in the 21st Century, says little about the various roles that capital plays in the economy and the rewards that it garners as a consequence; indeed, the word "capital" could be replaced with "wealth" in his book without doing much of a disservice to its conceptual or historical analyses.
My research project confronts the blind spot of capital in the emerging stream of work on the history of capitalism. Trained in economics and working as a historian, I focus on the accumulation and investment of capital, its relationship to the organisation and control of economic activities, and the opportunities it offers for returns. My analytical approach both situates the historical dynamics of capital in their shifting economic context and explores how the shifting roles of capital are mediated by political and social considerations. Having completed a series of detailed historical studies on the role of capital in various systems of capitalism in the 19th and 20th centuries, I plan to spend my year at the Wissenschaftskolleg in Berlin thinking more broadly about the implications of historical research for the various conceptual approaches we have developed to understand the roles that capital has played and continues to play in capitalism. My plan is to draft a short book on the subject that is relevant and accessible to a wide range of scholars across different disciplines.

The Intelligent Woman's Guide to Capital

Many of us have strong views about it but they are as diverse as they are unequivocal. To some it is the fount of innovation; to others it spawns exploitation and inequality. When a concept is evoked by a cast of characters as various as Louis Blanc, Max Weber, the New York Stock Exchange, Joseph Goebbels, Ayn Rand and Michael Moore, its polemical character is hardly in doubt. Indeed, if we pay attention to how capitalism is used, it is clear that we cannot even agree on what it is: capitalism is a concept that seems as capricious and elusive as the world it evokes. It is little wonder then if capitalism draws fire as polemical and vague when, as in recent years, it attracts renewed interest in the history of economic life. Now, ranged against it, along with the usual catalogue of complaints, is an impressive body of historical evidence on private property, wage labour, commodification and capital, much of which seems to threaten the empirical foundations of conventional interpretations of capitalism. If ever there were a concept to eschew altogether in the human and social sciences, or to use only if purged of any substantive meaning, then it would seem to be capitalism.

In the first part of my colloquium, I will try to persuade you otherwise by claiming that there is considerable scientific potential of continued engagement with the concept of capitalism. I shall argue that such engagement holds out both conceptual and empirical promise but only insofar as it is critical. The theoretical and empirical shortcomings of conventional explanations of capitalism are indeed substantial and they make renewal an essential aspect of any research programme on capitalism. Capital seems like a worthy focus of such a programme; capital might exist without capitalism but it is difficult to imagine that capitalism could do without capital. Yet, oddly enough, capital has been rather neglected in the recent revival of academic interest in the history of capitalism and surely merits a little more attention.

An eminently sensible Swedish economist once explained that if "that unwholesome Irish stew called 'modern capitalism'" is to have any meaning it ought to be connected to the study of capital in "economic science". In the second part of my colloquium I will endeavour to make some sense of the sustained, though sporadic, efforts to develop a science of capital within the emerging discipline of economics. My objective in this regard is not to do justice in twenty minutes or so (!) to the manifold ways in which men, and the occasional woman, have written about the economics of capital through the ages. Instead I am interested in exploring the emergence of a canon of capital within the discipline of economics, rather than giving rein to my rather catholic tastes in economic thinkers. I will show that economists developed a rather specific meaning for capital from the late 18th century and assigned it an extremely prominent place in economic life. Yet, they dithered endlessly about the nature of capital, they obfuscated as much as they clarified about capital's economic roles, and they assumed as much as they explained about its rewards. The result, evident in successive "capital controversies" in the 19th and 20th centuries, was enormous contention and confusion within the economics discipline about the nature, the functions and the returns to capital. Indeed, it seems fair to say that the economic science of capital might itself be deemed an "unwholesome Irish stew".

Economists moved on from these controversies not by resolving the issues in dispute but by settling on what one prominent US economist rather disarmingly admitted were "parables of capital" and what crankier observers labelled a 'mythology' of capital. In the third part of my talk, I will turn to the history of economic life to explain the substantial and ironic impact these parables have had on how we understand capital's place within it. Broadly speaking, I would like to suggest that capital - its nature, its function and its rewards - has been written out of that history with devastating effect for any serious consideration of the role and rewards of capital in contemporary and past societies. Thomas Piketty tried to plug that void with massive amounts of historical data in his "Capital in the Twenty-First Century" but certain parables of capital still play a crucial role in his analysis. I will conclude by suggesting that economists have developed a science of capital that offers so little insight on the present and the past because of the dubious methods they have employed in constructing its foundational elements. And I will make a modest proposal for a more historical, rather than conjectural, approach to guiding economic thinking about capital, and what it might mean for capitalism, in a direction that might prove more satisfying to the intelligent woman.

The intelligent woman's guide to capitalism

Dividends of development : securities markets in the history of US capitalism, 1866-1922

Acting out institutional change : understanding the recent transformation of the French financial system

The expansion of the U.S. stock market, 1885-1930 : historical facts and theoretical fashions

Contests for corporate control : corporate governance and economic performance in the United States and Germany

Dividends of Development: Securities Markets in the History of US Capitalism, 1866-1922

Dividends of Development: Securities Markets in the History of US Capitalism, 1866-1922

The Fetishes of Contemporary Capitalism