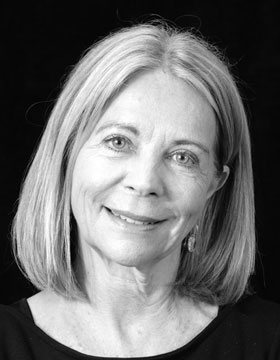 In the 2000s, Brazil witnessed the rise of a mass consumption society fueled by growing wages, credit, and the expansion of middle-income groups, which place greater demands on public goods. This trend has not proven long-lasting and sustainable. In addition, the provision of public goods and services has not been correctly addressed, and deficits in this area remain severe and disturbing. The current economic downturn calls into question the model of economic development adopted by the Brazilian progressive political forces at the turn of the century. What major characteristics and inner contradictions emerge from this model of development that is now at stake? How does the financialization of social policies reshape interdependent inequalities? I argue that while social developmentalism marked a structural move toward a society of mass consumption, it did not unveil a broader structural shift that would overcome social and productive heterogeneity. In short, I suggest that the "social-developmentalist state" was the principal guarantor of the collateralization of social policy in one of the world's most consequential emerging markets. During my stay at Wiko, I will devote my attention to analyzing three main areas in which the financialization of social policy has lately predominated: higher education, health, and pensions.

Shifting Paradigms under the Aegis of Financialization: What blueprints for social policy?

During the 20th century, Latin America went through different phases of industrialization to overcome underdevelopment and enter a period of sustainable and more egalitarian economic growth. One main challenge throughout this period was to consolidate a large and dynamic domestic market to pave the way for a virtuous circle of economic growth. After two decades of severe crisis and prolonged stagnation, the turn of the millennium seemed to presage that the redemption of Latin America was finally under way. Not only did economic growth return, but for the first time the most destitute appeared to be at center stage.

Brazil was no doubt a leading country in this new wave of economic recovery, later termed the "inclusive developmental model", because new social schemes targeting the poor stood out as an institutional innovation. Taking Brazil as an illustration of the ongoing shifts in the deployment of capitalism in the periphery, in the era of financialization, I will argue that in the case of Brazil, social policy, predominantly limited to cash transfers (either contributory or non-contributory), has been the second leg of financialization, the primary one being public debt.

My aim is to invite you to reflect upon how financialized neoliberalism has subverted and reshaped social policies, breaking with previous frameworks grounded in principles of decommodification and redistribution. In this process, new blueprints come into view, raising concerns and caution.

My talk will be divided into three sections. In the first part, I will briefly explain why seminal Latin American structuralism neglected the role of social policies as a relevant dimension of any catching-up strategy devoted to lowering the hurdles holding back the expansion of aggregate demand.

Second, I will examine the recent period of economic growth experienced by Brazil in the 2000s, in which social policy was in the spotlight. My goal here is to stress the new complementarity between social and economic policy brought up by social developmentalism, combining orthodoxy and peculiar welfare schemes during the pink tide. I argue that social policy has played a crucial role in advancing financialization and reducing the scope of rights and entitlements. To back my argument, I will present two examples of the so called "inclusive social policies": consigned consumer credit and student loans.

Finally, drawing on the Brazilian case, I will scrutinize the social protection paradigm of the 21st century that tends to prevail in the Global South, through microfinancing, conditional cash transfers, basic pensions, and social floors. My assumption is that we are witnessing the collateralization of social policy with credit and debt, along with new financial devices, becoming the cornerstones of what used to be social protection systems, so as to respond to the needs of finance-dominated capitalism and interest-bearing capital. As a result, economic insecurity will only increase, accentuating inequality trends and vulnerability.

The takeover of social policy by financialization : the Brazilian paradox

New trends in inequality : the financialisation of social policies

“Poverty is not just a matter of money“

From Rousseff to Temer, From Temer to...: Visible Impacts in Social Structure?