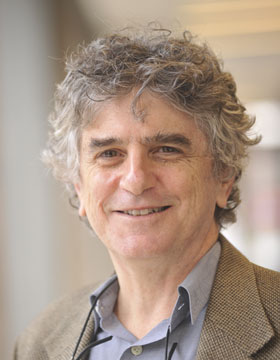 Canada Research Chair in the Anthropology of Ethical Life

Born in 1950 in Montreal
Studied Anthropology at McGill University and at the University of Michigan, Ann Arbor

Ethnographic History and Historicity in the Western Indian Ocean

My first project is to complete a book concerning a pair of villages on the island of Mayotte that I have visited periodically since 1975, when the islanders had just voted in a referendum that they wished not to join the emerging independent Islamic Republic of the Comoros but to stay part of France. As a result, Mayotte transformed from a neglected colonial backwater to a full département in the French state and an Indian Ocean port of entry into the EU. The occupation of villagers shifted from subsistence cultivation to wage earning and transnational mobility. Needless to say, this has been a very unusual "postcolonial" trajectory and an unusual experiment in North/South relations.
How to write an ethnography that covers a 40-year period? I conceive of the book not as a historical ethnography, but as an ethnographic history, one that captures both the social reproduction of the community and the concerns of its members (both "structure" and "experience") in various periods. I want to understand social transformation from the local perspective, that is to say, how people have lived it. In particular, I am interested in locating their actions with respect to their historical consciousness. They have been oriented toward the future, advocating integration in France, seizing opportunities with hope, educating their children, and traveling within the Indian Ocean and to metropolitan France. But they have also been oriented toward the past, deliberately dismantling certain institutions and acknowledging what is and has been let go. I draw on the concept of horizon as developed by Gadamer in order to try to see history as it happens, life as it is lived, including the practical and ethical concerns of people as they attend to past and future in an ever-moving present. I understand their forms of historical action as ethical, their historical consciousness as at once a conscience.
This book therefore falls between being an ethnographic history and an ethnography of history, that is, of historicity. The next book I plan to turn to will further explore this space, drawing on understandings of temporality, sacrifice, and succession, in both narrative and practice, among devotees of a cult of royal ancestors in northwestern Madagascar, manifested through spirit possession and anchored to lunar cycles, in what I call a sublunary world.

Lambek, Michael. The Ethical Condition: Essays on Action, Person, and Value. Chicago: University of Chicago Press, 2015.
-. "After Life." In Living and Dying in the Contemporary World: A Compendium, edited by Veena Das and Clara Han, 629-647. Berkeley: University of California Press, 2015.
-. "The Interpretation of Lives or Life as Interpretation: Cohabiting with Spirits in the Malagasy World." American Ethnologist 41, 3 (2014): 491-503.

The Saint, the Sea Monster, and an Invitation to a Dîner-Dansant: A Chapter in the Ethnographic History of Mayotte (1975-2015)

How to write an ethnography based on repeated visits to a community over a 40-year period? How to understand the ways people themselves understand their historical experience, receive and take charge of their history?

The community is composed of Malagasy speakers on the island of Mayotte in the Comoro Archipelago of the Western Indian Ocean. (A map will be shown.) The period is from 1975 to 2015. In 1976 the inhabitants of Mayotte refused to join the other three islands of the archipelago in becoming an independent state and insisted that France not only keep possession of Mayotte but start paying them more attention. French pride was piqued and Mayotte began an évolution statuaire which ended with it becoming a full overseas département of France in 2011. Citizens of Mayotte are now citizens of France and members of the EU.

"Ethnography" is a complex word. For anthropologists, it means: (1) the practice of carrying out immersive, long term fieldwork; (2) careful descriptions and analyses of particular ways of life; and (3) books based on such fieldwork, description, and analysis. "History" is perhaps more obvious but it too has multiple meanings, embracing the tension between acts and events as they unfold and as they are subsequently recounted or understood.

I am writing what I call an ethnographic history. Ethnography as a mode of analysis has often been synchronic and as a scholarly genre once typically written in the present tense or what is called the "ethnographic present," a kind of suspended state predicated on the presence of the ethnographer. (In such works, a chapter on "history" is often tacked on at the beginning or end.) I try to maintain the strengths of synchronic analysis and ethnographic writing while also showing the course of time, action, and events. I do so by providing a sequence of successive slices of ethnography written at different times and that depict the community at different periods of time. Together they add up to a kind of history. Half the chapters in the book were originally written shortly after the time they describe (and hence with no knowledge of what was to transpire next). I am revising them while other chapters are being newly written here.

I will introduce the project and the community as I first encountered it in 1975-6. The second half of my presentation, drawn from Chapter 9 of what I envision to be a 12-chapter book, depicts events in 2001. Examining both ordinary practices, like the celebration of weddings, and responses to contingent events, like an accidental death by drowning, I try to catch how people live their social transformations and how they put them in their own terms, both anticipating the future and attending to the past in the ever-moving horizon of the present. This is history as it happens and as it is experienced and claimed, not as it is formally recounted retrospectively. And it is not simply history as an objective chronicle of events, but rather an interpretive account of the ways in which historical consciousness, reflection, and acts are manifest. The ethnographic history thus becomes also an ethnography of history. One thing that is evident, both in the specific ethnographic material and in the composition of the book itself, is what (meta)historian Reinhart Koselleck (2004 [1979]: 95) calls the "contemporaneity of the noncontemporaneous (die Gleichzeitigkeit des Ungleichzeitigen)."

Behind the glass : the Villa Tugendhat and its family

Island in the stream : an ethnographic history of Mayotte Anthropological horizons

The ethical condition : essays on action, person, and value

Kinship as gift and theft : acts of succession in Mayotte and Israel

Sacrifice and the problem of beginning : meditations from Sakalava mythopraxis

The value of coins in a Sakalava polity : money, death, and historicity in Mahajanga, Madagascar

Exchange, time, and person in Mayotte : the structure and destructuring of a cultural system

Behind the Glass : The Villa Tugendhat and its Family
University of Toronto Press more publications in the Fellows' Library

Island in the Stream : An Ethnographic History of Mayotte
University of Toronto Press more publications in the Fellows' Library

Religion: That Obscure Desire for an Object. Thoughts and Reflections with Michael Lambek