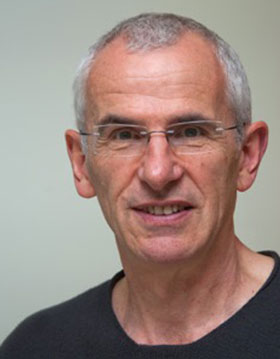 Professor of Sociobiology and Anthropology

Born in 1959 in Riedlingen, Deutschland
Studied Biology at Eberhard Karls Universität Tübingen; and Zoology and Psychology at Duke University, Durham

Causes and Consequences of Adult Sex Ratio Variation in Mammals

Animals exhibit a fascinating diversity in the size and composition of their societies as well as in the combination of cooperative and competitive elements of their social relationships. Previous attempts to explain this diversity have focused on proposed links between ecological factors, such as resource characteristics or predation, and sociality. However, this approach has its limitations and it is now indicated to explore the importance of other factors in social evolution. The proportion of adult males and females (adult sex ratio, ASR) appears to be a key social factor because it reflects the interplay between male and female reproductive strategies.
ASRs vary widely among vertebrate populations and species, and theoretical, experimental and comparative studies suggest that this variation affects their behavior and life history. For example, at male-biased ASR, rates of aggression increase, males harass females, which in turn induces increased female mortality, courtship behavior and male-male competition intensify, and/or males are more likely to provide care for their young. Furthermore, ASR is a significant predictor of sex roles: birds with female-biased (or even) ASR typically exhibit conventional sex roles whereby males compete for females and females look after the young, whereas species with male-biased ASR often exhibit sex role reversal. These results, together with experimental manipulation of ASR, provide a convincing case that sex ratios influence various social traits including pair bonds, extra-pair copulations, and parental care, but these behavioral patterns may also influence ASR, creating a dynamic system of interacting social factors. Mammals exhibit a great diversity in social systems, and many data on their social systems (group size, ASR, mating system), morphology (which sex is bigger and stronger?), and life history (parental care) are available for comparative studies that also take into account their phylogenetic history (is a trait shared by descent or independently evolved?). During my stay at Wiko, I want to assemble and analyze these data to explore the causes and consequences of ASR variation in mammals, in particular primates and humans.

Sex Roles and Sex Ratios in Lemurs and Other Mammals

In virtually all sexually reproducing species, males and females differ in the degree of within-sex reproductive competition, how discriminating individuals are during pair formation and the extent to which they exhibit parental care after mating. These sex roles have been thought to be related to how much males and females invest in gamete production, but recent research has indicated that a species' life history and the ratio of males and females in a population - the adult sex ratio (ASR) - are more important determinants of interspecific variation in sex roles. My role in the focus group on ASR variation is to examine causes and consequences of variation in ASR in primates and other mammals.

In my presentation, I will first provide background information on the theoretical framework linking life history and demography to sex roles. I will show that mammalian sex roles are strongly constrained by the physiological constraints of internal gestation and lactation, which are defining features of virtually all mammals. As a result of these constraints, direct parental care is essentially confined to females. Moreover, males compete among each other for access to receptive females, thereby creating interspecific variation in ASR. Because mammalian females have relatively long time-outs from mating because of these life history constraints, the ratio of males and females ready to mate - the operational sex ratio (OSR) - appears to provide a more meaningful external variable than ASR affecting the other sex role components.

The second part of my presentation will introduce the primates of Madagascar - the lemurs - as an intriguing case study for examining the evolutionary flexibility of primate sex roles. During their independent evolution on Madagascar, lemurs evolved group-living independently from other primates (twice), thereby providing an opportunity to identify principles of social evolution as well as alternative evolutionary outcomes. Lemur groups are much smaller than those of other primates, characterized by even ASRs, a lack of morphological sex differences and female dominance over males. I will briefly present a new hypothesis that explains the co-evolution of these traits as an adaptation to unusual ecological conditions on Madagascar. I will use this concrete example to also introduce the main methods used by evolutionary biologists to study sex role variation within and between species.

Finally, as my main aim at Wiko is to examine whether and in which way variation in ASR and OSR may affect mammalian sex roles, I will end by illustrating potential links between ASR/OSR and patterns of male-male competition, female competition, male-female relationships, mate choice and paternal care with examples from the primate literature. All this material will (hopefully) be presented in a way that is accessible to non-biologists in order to introduce them to biological bases of fundamental sex differences in behavior characterizing our closest biological relatives.

An evolutionary explanation for the female leadership paradox

A comparative and evolutionary perspective on sacrifice and cooperation

A framework for studying social complexity

Adult sex ratios and reproductive strategies : a critical re-examination of sex differences in human and animal societies Philosophical transactions of the Royal Society of London / B ; 372

Adult Sex Ratios and Reproductive Strategies : A Critical Re-examination of Sex Differences in Human and Animal Societies
The Royal Society more publications in the Fellows' Library