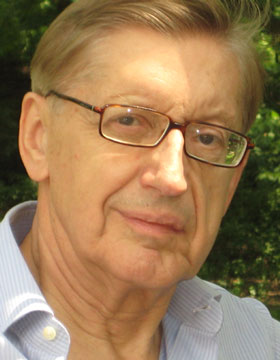 Born in 1938 in Nottingham, UK
Studied Classics, Philosophy and Ancient History at the University of Oxford

A New Environmental History of the Classical Mediterranean

I am beginning to write a book entitled A New Environmental History of the Classical Mediterranean (800 BC to 700 AD) because I believe that such a study is important for understanding the lives of ancient people, and because of the challenges involved in writing the long-term environmental history of the Mediterranean, or in fact of any other part of the world. It is the methodological challenge that most drives this enterprise. Building on recent work by historians, archaeologists and scientists (this is a rapidly developing field), as well as on the classical sources, I am attempting to bring together all the main issues of Mediterranean environmental history. The project involves the study of issues as diverse as climate, diet, deforestation, maritime technology and probably urbanization and pollution. In particular it is my desire and intention to write a chronologically articulated account that fits all the topics just mentioned, and others, into a coherent description of historical change ranging from the era of Greek and Phoenician colonization to the era of the Muslim conquests (not to exclude glances backwards and forwards!).
I shall also be spending some of my time at the Wissenschaftskolleg expanding a recent preliminary study I have completed concerning popular medicine in the classical world, a subject that is somewhat connected to my work on environmental history. The point is that the study of real-life ancient healthcare has been largely neglected in favour of the study of the surviving ancient exponents of rationalistic medicine.

Trees and People in the Ancient Mediterranean Environment, 800 BC to 700 AD

I'm at an early stage of a grandiose environmental-history project, so early that I havent decided whether it should result in a book, as most of my other big projects have (Im pushing under the carpet the memory of some books that were never completed). The rise to power of an American president who is reported to believe that global warming is a "hoax" fires one up even more to understand environments past and present. Not that this is a political project. In fact I fear that if I show that the ancient Mediterranean world largely surmounted its environmental problems, I may provide some encouragement to those fringe (but now very influential) contemporaries of ours who like to think that the humans of the twenty-first century will somehow surmount their environmental problems without any special efforts or sacrifices.

Such an environmental history is involving the study of many different topics, including demography, water resources, mineral resources, technological progress in antiquity, diet, pollution, and of course climate. So far I have worked most on demography, diet, and above all the absorbing topic of deforestation.

First of all deforestation is never defined by those who study it, and though it may not be as hard to define as sexual attractiveness it is quite difficult. I will suggest a possible solution. Ill then describe the destructive forces that were at work in the ancient world in which most of the fuel was wood and very many crucial artefacts were made of wood. (Wooden ships determined who ruled the Mediterranean, but metallurgy was the great Mediterranean-wide destructive force). Can any of this be quantified? Ill then consider the evidence for possible shortages of fuel-wood and construction wood.

All the way through this talk, the crucial pollen evidence will make frequent appearances, because it has transformed the discussion and rendered obsolete a great deal of what was written in the 1990s and indeed more recently. But the methodological difficulties are numerous, most of all the question of drawing conclusions about the entire region. But Ill offer some provisional conclusions, and attempt to explain why this long history developed as it did. Some have suggested that demographic growth is the key, but I shall argue that that is much too simple a view, and that we have to consider what is culturally specific both with regard to the use of wood resources and with regard to their development and protection.

Marginal land and population pressure in the Ancient Mediterranean, 800 BC to 600 AD

Marginal Land and Population Pressure in the Ancient Mediterranean, 800 BC to 600 AD
Franz Steiner Verlag more publications in the Fellows' Library

Was There a Crisis of Deforestation in the Ancient Mediterranean World?