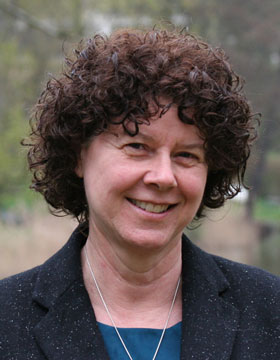 Born in 1959 in Chelmsford, United Kingdom
Studied Environmental, Population, and Organismal Biology at the University of Colorado, Boulder

Division of Labor: the Organization of Work in the Biological World

All societies - whether they be insect, bird, mammal, or human - share the need to perform tasks associated with the collective maintenance, growth, and reproduction of their social group; i.e., they all perform work collectively. Almost all groups do this through an emergent process of division of labor, in which different group members focus on different social tasks. I propose to synthesize the explorations of the fundamental organization of work and division of labor in animal societies in a volume titled Division of Labor: The Organization of Work in the Biological World. The mechanisms that differentiate individual roles in societies are also apparent across biological levels of organization, from the differentiation of cells within an organism to the diversification and specialization of species in ecological communities. Thus, the theme of division of labor provides an ideal context in which to unify general principles of complexity and adaptation across the diversity of biological systems. This volume will examine those general principles and how they are differently shaped in the diverse social systems found in the natural world. It will consider also how the organization of work changes with group size, from small teams to the thousands of workers in social ant colonies. Finally, it will consider how aspects of the organization of work in human societies reflect general principles we can observe in the natural world.

Division of Labor: Organizing Work in the Natural World

My colloquium will introduce you to the topic of my Wiko project: the organization of division of labor and work in animal societies. Explorations of division of labor in animal groups have focused almost exclusively on the highly cohesive societies of the eusocial insects, primarily ants and honey bees. For human societies, it is often framed in the contexts of industrialized labor, and pre-assigned work roles. I hope to convince you that division of labor is actually a more wide-spread and emergent property, that appears commonly when social group members work towards a common goal. I would, however, also like to convince you that social insects are quite amazing at organizing work.

My talk will be divided into two sections. In the first, I will clarify some biological concepts, including division of labor, social dynamics and self-organization, to give us a common language for discussing social complexity. I will then present a simple heuristic model for how division of labor can self-organize within social groups. This "response threshold" model assumes that individuals within a group vary intrinsically in their sensitivity to stimuli for a given task to be performed. Under normal social conditions, the individual with the lowest thresholds tend to occupy a task; they become the specialist, while other group members become less likely to perform that task. I will highlight work testing the hypothesis that this emergent division of labor appears spontaneously even at the transition from solitary life to group living. This research also illustrates how the emergence of task specialization can generate different fitness outcomes, depending on the type of social group. The basic organizational principles underlying task differentiation appear across biological levels of organization, from the differentiation of cells within an organism to the specialization of species in ecological communities. Thus, division of labor provides a context in which to look for general principles of complexity and adaptation across biological systems.

In the second part of the talk, I will explore the organization of work in social insect colonies more mechanistically. Borrowing from a metabolic perspective, we can define work in a social insect colony as consisting of those activities (tasks) directed at colony growth, maintenance and reproduction. Work itself can be divided functionally into three interconnected organizational components - allocation of effort across tasks, total task performance, and division of labor. Colonies adaptively regulate these components as they change in size and complexity. Their network structure contributes to task regulation, enhancing their ability to respond in a coordinated and flexible manner to environmental change. They do all of this without it being dictated by a central leader - they have no despot or CEO. This integration of local decision making with global coordination makes the social insects one of the biological worlds best examples of complex adaptive systems.

Scaling of work and energy use in social insect colonies