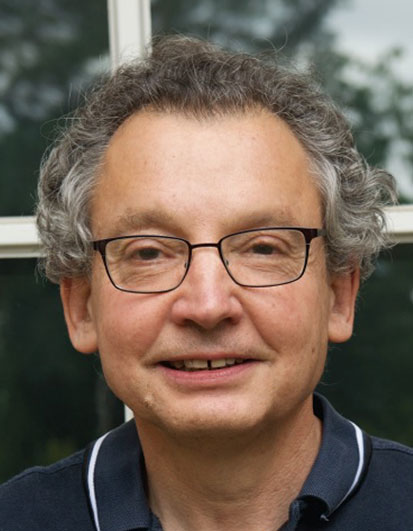 University Professor of Law and Philosophy

The Long Arc of Legality

I am working on a book titled The Long Arc of Legality, which traces a trajectory in modern thought about the role of law in constituting a legitimate political order, from Thomas Hobbes to this day. It seeks to vindicate a claim that will seem part and parcel of Hobbes's general authoritarian political philosophy and deeply repugnant to a liberal democratic sensibility - that law provides us with a "public conscience". For the image of law as our public conscience requires us to take not only our laws to be legislated by our sovereign, but also our moral values. The public or enacted laws of a civil society are the repository of the society's values that the individuals in that society must take to justify state coercion.
I shall argue that Hobbes's account of legality shows why the idea of law as a public conscience should be accepted, as long as we are prepared to adopt a certain kind of pragmatist view of moral inquiry. Our compulsory public morality - the morality that we feel is settled and important enough that it be put into law - is simply a subset of the set of judgments that have survived the tribunal of experience and inquiry.
My claim is that Hobbes's philosophy of law can help to show why that idea is plausible, as it shows us how fundamental principles of legality shape our inquiry. Our confidence in these compulsory moral judgments is in part built upon the principles contained in the institutional make-up of law. I have in mind, first, the principle that requires that individuals have the right to ask an independent official for reasons why the law applies to them in a way that addresses them as responsible agents, and second, the principles that underpin legal mechanisms for changing law in a way that makes the judgments embedded in the law revisable in light of further experience. It is these kinds of principle that make it possible both for those who find themselves relegated by the law to second-class status to ask a judge, "But, how can that be law for me?", and for an internal legal imperative to kick in that requires reform.

The Long Arc of Legality

The (my) modern era in legal theory begins in 1651, with the publication of Thomas Hobbess Leviathan in which he sets out a theory of the rule-of-law state or Rechtsstaat. This theory is more fully articulated in the 1920s and 1930s by the Austrian legal philosopher Hans Kelsen in his Pure Theory of Law, which explains how law regulates its own production, and in the 1960s by the American legal theorist, Lon L. Fuller who sought to show that if a ruler wishes to rule by law, the ruler will have to abide by principles of legality that amount to an "inner morality" of law that protects the dignity of its subjects. The journey from Hobbes through Kelsen (and also the English legal positivist H. L. A. Hart) to Fuller makes up "the long arc of legality" - the title for my project for this year.

Hobbes, however, is regarded as a highly authoritarian thinker who argued that a sovereign in fact (de facto) is always legitimate (de jure), while Kelsen argued both that any existing state is a Rechtsstaat, a state governed by right, and that the law can have any content. And Fuller rejected what he regarded as the mistaken legal positivism of both Hobbes and Kelsen. Of the three Fuller alone may seem to represent the natural law tradition with its slogan that an unjust law is not a law, lex injusta non est lex. But then his highly formal principles of legality - laws must be general, public, not retroactive, understandable etc.- are taken by his positivist critics to be incapable of constraining content.

I shall argue that an order of positive law is structured by such principles and that they do constrain content. They are first set out by Hobbes as the "laws of nature", the "true and onely Moral Philosophy" which is "nothing else but the Science of what is Good, and what Evill, in the conversation, and Society of man-kind."

Depending on my progress with a paper I am writing, I might try to locate this argument in a discussion of Article 4 of the Weimar Constitution, which dealt with the relationship between German domestic law and international law.

Dignity in administrative law : judicial deference in a culture of justification

Constitutionalism in an old key : legality and constituent power$dDavid Dyzenhaus

Hobbes and the authority of law

The constitution of law : legality in a time of emergency

Sovereignty : a Contribution to the Theory of Public and International Law
Oxford University Press more publications in the Fellows' Library

Deliberative Constitutionalism Through the Lens of the Administrative State