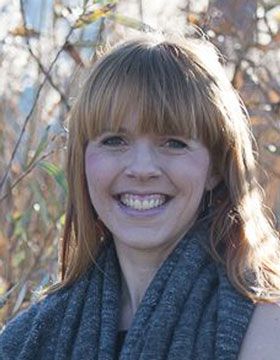 The question of how human rights matter for the most disenfranchised rights-holders has been on the agenda of academics and policy-makers for decades and has become even more prominent due to the growing importance of actor-centred approaches in the field of human rights. Authors like Nyamu-Musembi (2005), Merry (2006) and Goodale (2007) have argued that, for international human rights norms to be locally relevant, they need to be framed in ways that resonate with the cognitive and cultural frameworks of local rights-holders. At the same time, authors like De Feyter (2007), Ore Aguilar (2011) and Vandenhole (2014) have expressed themselves in favour of greater participation of rights holders in the process of human rights norm-setting.
One of the ways rights-holders in post-conflict societies often have their first encounter with the international human rights system is through their participation in international criminal proceedings or through their participation in the mechanisms that are implemented in the context of the transitional justice process more generally. Many transitional justice processes pride themselves on being genuinely place-based and responsive to local needs, and one could ask whether the approach and processes of transitional justice also hold the key for rendering the broader human rights architecture more locally relevant.
My research looks at the case of Cambodia - which was in many ways an experimental laboratory with regard to victim participation - and asks whether drawing people into the human rights architecture under these circumstances indeed has the potential to lead to a more locally relevant formulation of human rights and to rights holders access to justice more broadly. I examine whether, in this case, the role, scope and implications of victims participation in these human rights-based processes has affected victims understanding of, and engagement with, social, economic and cultural rights in their struggle for social and economic justice in the post-conflict period.

The Future of Dealing With the Past

Describing "Transitional Justice" as "the field of studies that deals with justice in societies going through a transition" probably doesnt seem very venturesome. Yet, both the notion of "transition" and the notion of "justice" are highly contested: transition from what to what? And how are we to conceptualize justice in societies that are in a state of exception? Initially, the former question was usually answered by referring to the "war -> peace" transition. Gradually however, transitions from authoritarian to post-authoritarian regimes also came to be considered by this field of study. And today even internal wars caused by global inequalities, injustices perpetrated by settler states, and ongoing civil conflicts are considered under this banner.
In regard to the question of what justice is, the answer has traditionally been a highly legalistic one: bringing former perpetrators to justice through formal criminal justice procedures is considered a crucial part of any transition. International, national, and hybrid courts have been established around the world to deal with war crimes, human rights violations perpetrated by predecessor regimes, and evil pasts in a most general sense.

As you may have noticed from reading the recent news on the International Criminal Court, though, (to give just one example), not all countries are that convinced anymore that the old paradigm of transitional justice is the most relevant one: one country after another is withdrawing from the Court. And as you may also have noticed, the results of some recent transitional justice interventions in post-conflict contexts like South Sudan are ambiguous - to say the least.

The stories we tell victims : victim participation and outreach programs at the extraordinary chambers in the courts of Cambodia

The performance of justice? : scenic anthropology and the role of victims in courtrooms

Uprooting the curious grapevine? : the transformative potential of reverse standart-setting in the field of human rights

Linking discourse and practice : the human rights-based approach to development in the Village Assaini program in the Kongo Central

An analysis of the human rights-based approach to development : UNICEF's role in the Villages Assainis program in the Bas-Congo Localizing human rights working paper series ; 2

The Stories we Tell Victims : Victim Participation and Outreach Programs at the Extraordinary Chambers in the Courts of Cambodia
De Gruyter more publications in the Fellows' Library

The Performance of Justice? Scenic Anthropology and the Role of Victims in Courtrooms
Rule of Law Association more publications in the Fellows' Library