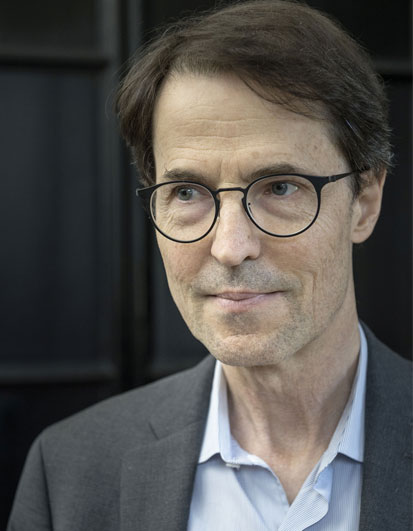 Born in in 1956 in Evanston, Illinois
Studied Sociology at Columbia University, New York; Social and Political Thought at the University of Sussex; and Social Studies at Harvard University

Religion, Language, and the Politics of Difference

Difference has long been a central concern of social science. Yet religious difference remains strikingly underexplored. My project seeks to integrate religion more fully into the study of the politics of difference by comparing the politics of religious and linguistic pluralism.
Both religion and language are ways of identifying oneself and others, and claims are made in the name of religious and linguistic communities for recognition, resources, and reproduction. Yet they are politicized in different ways. The pervasiveness and inescapability of language and the dependence of linguistic reproduction on political power make language - under modern conditions - more pervasively politicized than religion, which can to some degree be privatized. But the robust normative power of religious traditions and the claimed ultimacy of religious authority make religion - when it does enter the public square - more deeply and divisively politicized.
Over the last several centuries, language has become much more politically contentious, while religion, in the West, has become much less so. In recent decades, however, religion has re-emerged as the cutting edge of the politics of cultural difference. My book analyzes this striking reversal, focusing primarily on developments in Europe and North America, but situating these in a broader global context.

From Nationalism to Civilizationism? Secularist-Christianist Populism in Northern and Western Europe

My point of departure is the salience of religio-civilizational categories and the paradoxical joining of "Christianism," assertive secularism, and liberalism in national-populist discourse in northern and western Europe. This has been enabled by the regions distinctive trajectory of secularization; by the culturalization of religion and citizenship; and by the increasing salience of a civilizationist discourse in which Christianity, construed as the civilizational fount of secularism and liberalism, is counterposed to Islam, construed as intrinsically secularization-resistant and illiberal.

These developments have come together most strikingly in the Netherlands, where gender equality, sexual freedom, and gay rights - elevated to defining characteristics of Dutchness - have been represented as gravely threatened by an illiberal and "backwards" Islam, defined in opposition to the liberal "Judeo-Christian humanistic culture" of the West. To a lesser (and varying) extent, populist parties elsewhere in Northern and Western Europe have likewise repositioned themselves as defenders of liberal and secular values, grounded in Christian and European civilization, against the alleged civilizational threat from Islam. They have broken with older antisemitic traditions and embraced - if only rhetorically - gender equality and at least some forms of gay rights, while at the same time invoking Christianity as a civilizational identity marker in opposition to Islam.

These developments suggest a partial and incipient shift from nationalism to "civilizationism." In the aftermath of Brexit, and at a moment when the breakup of Britain, Spain, and Belgium are real possibilities, one needs no reminder that classic territorial nationalisms are alive and well. But elsewhere in Northern and Western Europe, the civilizational overlay of nationalist rhetoric is becoming increasingly pronounced. "The nation" is increasingly characterized in civilizational terms: less emphasis is placed on national differences (notably language and specifically national cultural particularities and traditions), more emphasis on civilizational differences (notably religious traditions and their secular legacies).

I conclude by considering Trumpism in relation to European national populism. I highlight key structural and stylistic similarities, especially the polarized opposition between "us" and "them" on both vertical and horizontal dimensions: between "the people" and "the elite"; and between insiders and outsiders. I close by noting a few differences that bear on the themes of my talk.

Between nationalism and civilizationism : the European populist moment in comparative perspective

Trans : gender and race in an age of unsettled identities

The Dolezal affair : race, gender, and the micropolitics of identity

Linguistic and religious pluralism : between difference and inequality

Language, religion, and the politics of difference

Categories of analysis and categories of practice : a note on the study of Muslims in European countries of immigration

Between Nationalism and Civilizationism : The European Populist Moment in Comparative Perspective
Taylor & Francis more publications in the Fellows' Library