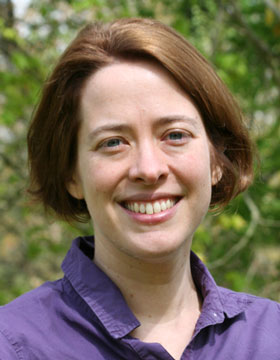 Born in 1982 in Madison, Wisconsin
Studied Musicology at Stanford University

This project illuminates the intersection of creativity and materiality across three vibrant amateur sound recording networks in twentieth-century East Central Europe: reel-to-reel recordings in the 1950s, homemade records in the 1960s and 1970s, and cassette tapes in the 1980s. Responding to the material losses of World War II and the constraints of state socialism in Poland, untrained recordists took recourse to sound media to command agency. Amateurs embraced the impermanence of these flimsy and malleable materials in order to create places for music in everyday life. Their work issues a challenge to the assumption that recording is a tangible means to counter sounds ephemerality and exposes the importance of aural culture under communism.

The wax cylinder, the shellac record, long-playing vinyl, tape reels and cassette tapes, the mini-disc, the mp3. This parade of objects (and then some) has shaped the history of sound recording since the late nineteenth century. They multiply the places and spaces where music can be made and heard. They transform our personal relationships to listening, whether we are on the run, rummaging for CDs in the car, or reciting religious texts with our digital mobile devices. They complement and amplify oral transmission and other hearing practices, both helping and generating hearing disabilities. We can collect sounding artifacts, sell them, make them, ship them, and steal them. In short, they represent much more than an epistemological shift in what it means to capture sound (and, by extension, music). That is, they do not merely reorient a centuries long emphasis upon musical representations - notation, description, and transcription - to the projects of storage and preservation. Sound recordings stream through our lives in the twenty-first century, making more musics accessible while also encouraging us to indulge in the sounds and voices that comfort and affirm us. They have also broken open oppositional and postcolonial fault lines as they reroute cultural circulation. The stockpile of sounding artifacts has also played a central role confirming political and economic power. The pervasive myth of verisimilitude - the notion that the primary cultural value of recordings is to duplicate lived experience - anchors a fundamental inversion of sounds ontological status. Instead of sound happening in (and as) time, sound can collapse time. With playback buttons at our fingertips, we can imagine ourselves time traveling. As recordings play with our memories, they also conjure ghosts; many a musician has turned to technologies to imagine a future sound.

My presentation begins with some general remarks on critical listening as a historical and ethnographic methodology that need not be musicological in training or purpose. I put a spin on the breezy and generalized narrative I have just offered by zooming in closely on particular objects from the Polish context. I focus on examples of two cheap, malleable, and homemade sound formats - the flexidisc and mixtape - taken from my larger research project on aural culture and unofficial media in late-twentieth-century Poland. Flexidiscs were crafted and decorated by amateur recordists out of paper and cheap laminate, circulated through back channels and, often, worn out by repeated playback. I unpack the domestic labor of the contrabands makers, connecting the work and the private listening that such bootlegs demanded to other economies (and aesthetics) of handicraft under state socialism. In contrast, tapes reusability facilitated democratic debate for the social movements of the 1980s. Listening to tapes - a process that builds on ethnographic encounters with their makers - I explore the audibility of work across the fragile mediums noisy recordings. In comparative perspective, the records and tapes lend insight into how people make sounding objects and what listeners past and present can hear. The colloquium is ultimately and idealistically designed to usher you into a reflection upon critical listening as it may (or may not) intersect with methods in your own work, but also to sound the artifacts so that we may discuss their resonance together.

Solidarity, song, and the sound document

"Where I cannot roam, my song will take wing" : Polish cultural promotion in Belarus, 1988

Eurovision everywhere : a kaleidoscopic vision of the Grand Prix