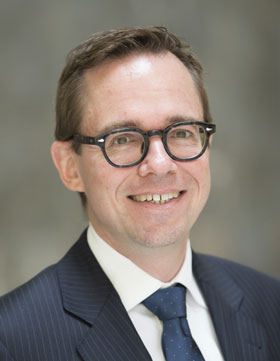 A Legal Theory of the Firm

In his seminal essay "The Nature of the Firm", published in 1937, Ronald Coase opened the black box "firm" for economic theory by asking why the hierarchical organization of production within a firm exists at all, considering that non-hierarchical co-ordination by the market mechanism is generally deemed superior by economists. There is a legal equivalent to the question Coase addressed to economics: Why do firms (in the form of corporations or other legal entities), and not just individuals, exist in our legal order as persons equipped with legal rights and duties? The answer to this question is pertinent to numerous issues concerning both the substance and the enforcement of legal rules. Should rules governing behaviour in and outside of the marketplace apply without distinction to individuals and firms? Should the enforcement of these rules take account of differences between individuals and firms? These fundamental questions lie at the root of the widespread uneasiness about how the law should address contemporary problems of corporate power and corporate conduct, such as corporate bailouts, the corporate role in campaign finance or the ways shareholders may pursue their religious beliefs through corporate activities.
A legal theory of the firm that explains the raison dêtre of firms in a legal system can shed light on these issues. I plan to answer this question by developing a rights-based approach that deconstructs corporate fundamental rights by looking through the "corporate veil" at the complex network of individual interests represented in the organization of a firm.

A Legal Theory of the Firm

There is a growing sense that corporate power and corporate conduct escape democratic control and that states have indeed been taken hostage by global markets and global players. Lawyers play an ambivalent role in this conflict: while the law provides tools to "take back control", it also sets important limits to the reassertion of public authority over markets and market participants. Apart from instruments of investment protection in international trade law, these limits are defined by fundamental rights enshrined in many constitutions and international treaties. Fundamental rights are counter-majoritarian checks on the exercise of state power: subjects of fundamental rights are equipped with a defense against state measures that violate their rights, even if these measures are backed by a democratic majority. While this is generally known and accepted for individuals, it is somewhat perplexing that fundamental rights are also granted to, and frequently invoked by, firms. In a legal system that is primarily concerned with individuals and their freedom, the inclusion of firms (in the form of corporations or other legal entities) as persons equipped with fundamental rights begs explanation.

Unfortunately, rivalling theoretical conceptions of corporate personhood as "real" or "fictitious" have largely obscured the issue. Instead of focusing on the similarity (or difference) between legal persons and individual or collective agents that we treat as persons in other contexts, a legal theory of the firm should illuminate the nexus of individual interests represented by legal terms such as "corporation" in order to explain the role of firms in the legal system, including the extension of fundamental rights to firms. The nexus of contracts model that has been the prevailing theory of corporate law in recent decades helps us to understand how the interests of owners, creditors, and managers are interwoven and reflected in legal features of corporations such as personhood, limited liability, and rules dealing with the separation of ownership and control. However, this model rests on strong normative and empirical assumptions about individuals as market agents and the desirability of market outcomes that make it ill suited as a benchmark for corporate fundamental rights (unless we commit to the idea of a market-mimicking state as a constitutional leitmotif). If we assume that aggregate private profits and the social good are not necessarily aligned, not only the role of markets is put into perspective, but also the role of firms as vehicles for the collective exercise of economic freedom.

While still far from a fully-fledged explanation of the constitutional role of firms, I would like to discuss the shortcomings of conventional views of corporate fundamental rights maintained by courts on both sides of the Atlantic by taking some examples (the right to property, procedural due process, and free speech for firms) and to suggest a slightly different approach that we may provisionally call a "constitutional nexus theory".

Editorial comments, Towards a more judicial approach? : EU antitrust fines under the scrutiny of fundamental rights

Art as a subsidized asset class

Art as a subsidized asset class: Time for a new regulatory approach?

Art as a subsidized asset class: Time for a new regulatory approach?