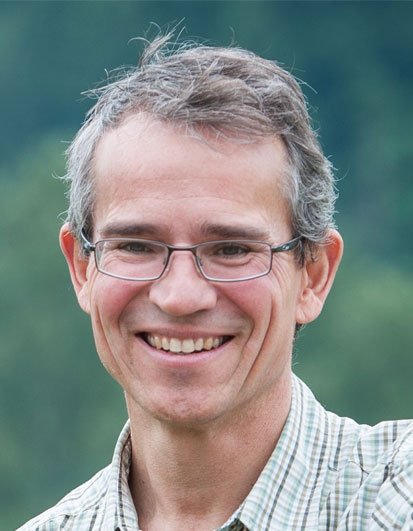 Born in 1963 in St. Jerome, Quebec
Studied Biology at McGill University, Montreal, and Zoology at the University of Oxford

Animal suffering is a central issue in animal welfare, but little work has examined the basis of suffering in animals. Human patients are more likely to say they are suffering if their condition prevents them from performing activities they consider important, if they experience concurrent negative feelings (including fear, anxiety and depression) and if they perceive a lack of control. I propose applying these criteria to the assessment of suffering in animals.
Reduced performance of motivated behaviours. I will argue that negative affect (such as pain) accompanied by a reduction in behaviours important to the animal increases the risk of suffering. Importance of behaviours to the animals may be assessed using motivational testing and other methods, distinguishing between behaviours that decline as a direct result of the pain (i.e. because performing the behaviour is now painful) and declines resulting from changes in mood, indicative of depression.
Indicators of sadness or depression. I will argue that negative affect (such as pain) accompanied by low mood increases the risk of suffering. People in sad moods rate their probability of success lower than do happy individuals in tasks involving some risk; a series of recent experiments has also shown evidence of such "cognitive bias" in animals, providing a method to ask how the experience of pain contributes to low mood in animals.
Indicators of fear. I will argue that negative affect (such as pain) accompanied by fear increases the risk of suffering. Animals may experience fear associated with poor facilities and handling during painful procedures (e.g. mustering and restraining prior to branding of cattle).
Control. I will argue that negative affect (such as pain) accompanied by lack of control increases the risk of suffering. For example, training animals using positive reinforcement to approach a handler who will take a blood sample will be less likely to result in suffering than if the same blood sample was taken using physical restraint.
This project builds upon my current research on the assessment of pain and other affective states in animals. Over the course of this Fellowship I plan to develop these ideas with others in the "Pain" team and to develop a proposal for empirical research that will test any emerging hypotheses.

Felt emotional states are at the very heart of concerns about animal welfare. Some scholars, however, express doubt that animals are able to have such experiences, and there is much debate about what types of evidence can be used to draw inferences regarding such feelings in animals. My objective is to critically examine inferences regarding felt negative emotions in animals based upon various types of experimental and observational evidence resulting from behavioural studies. I review three types of approach: the assessment of spontaneous responses to a noxious stimulus, changes in these responses following a drug treatment, and assessments of the animals motivation to avoid the stimulus. For each case I provide examples from previous experiments, and suggest refinements that overcome certain limitations to each approach. Studies using learned, flexible, context dependent responses and tasks involving discrimination and generalization of affective states induced by drugs may be especially useful. Although the various types of evidence can be used in combination to draw tentative inferences, conclusions regarding felt emotions fall short of definitive. As an approach forward, I suggest adopting a "phenomenal stance" that posits felt emotions and tests the specific, novel predictions that arise from this posit. Suffering is more than just felt negative emotional experiences; the animals sense of control and knowledge of the situation likely combine with pain or other unpleasant feelings to result in suffering. I end by making tentative suggestions for how such suffering might be better assessed and avoided in animals.

Rat aversion to sevoflurane and isoflurane

The effect of nursing on the cow-calf bond

Societal views and animal welfare science : understanding why the modified cage may fail and other stories

What is suffering in animals?

What is suffering in animals?