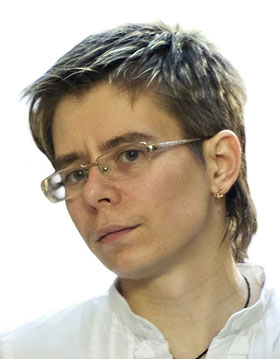 The Organizational Context of Criminal Procedure in Germany and Russia: from the Crime to the Sentence

Eugen Ehrlich has described the difference between what the law prescribes and the empirical reality of law enforcement. Since then, the mechanism of transforming laws into everyday practices has been studied in detail, but many questions still remain. The primary research question of the project lies between law and sociology: how do the provisions of laws that regulate key moments of criminal prosecution transform under the influence of the organizational structures of criminal justice (from police to courts) and how do they reflect interactions between criminal procedure participants?
The "criminal case" is constructed from a chain of actors' actions in relation to the supposed crime from the moment the information about the crime appears on the radar of the police to the moment the court delivers a verdict. The global academic trend is to investigate the problem of prosecutorial discretion, i.e., the transfer of the primary locus of decision-making from the litigation to the pre-litigation stage. The aim of the project is to determine the key factors responsible for significant differences in the process of filtering criminal allegations and suspects, i.e., which cases to take to court and why, in the otherwise similar legal systems of Russia and Germany.
In order to assess the role and relative contributions of filters envisaged by formal (law) and informal factors (interaction with existing system), I will use the analysis of publications/reports on the work of police and prosecutors in Germany in combination with field work, e.g. nonparticipant observation of the work of German courts. I will describe the "criminal case trajectory" in Germany's law and everyday practices of criminal justice by using traditional comparative-legal methods, as well as sociological methods ("thick description" and sociological reconstruction created on the basis of nonparticipant observation).

The Systems of Criminal Prosecution in Russia and Germany as Reflection of the Rule of Law: An Empirical Comparison.

Courtrooms in Germany and Russia look similar. Some small differences can be found, but we are not speaking here about two completely different worlds . . . or are we? The German legal system is similar to the Russian; but unlike Russia, Germany is recognized as a country that adheres to the rule of law. The main criticism of Russian criminal procedure is its "accusatory bias" resulting in a low percentage of acquittals.

My research compares key stages of the criminal procedure in Russia and Germany. It was as early as 1913 that Eugen Ehrlich highlighted the differences between the empirical reality of law enforcement and the rules prescribed by that law. There have since been numerous studies focusing on mechanisms which translate the legal acts into everyday practice, but many questions remain of interest. The primary research question of my project takes up a place between the spheres of law and sociology: How are the crucial points of criminal prosecution transformed under influence of the organizational structures of criminal justice (from the police to the courts)?

The Russian research material (over one hundred interviews along with statistical data provided by the police, investigatory officials and the courts) shows that the bureaucratic structure turns out to be the key factor in selecting and investigating criminal cases. In this past year the focus of my study has been on analyzing those characteristic traits of the preliminary investigation and its influence on the typical path of a criminal case. It can be seen that in Russia, the investigator effectively makes the final decision as to whether a suspected person is guilty or not - in 2014 only two thousand suspects were cleared of accusations during the pre-trial period and just some one thousand accused persons were acquitted in court. During the same period in Germany there were 32 percent of suspects cleared and their criminal cases concluded on grounds of insufficient evidence and 31 percent due to the insignificant nature of the offense. The overall number of suspects totaled more than a million. A further 4 percent of the accused individuals, amounting to 30,000 persons, were acquitted in court.

Equally important factors are certainly the domestic political and social situation, the institutional framework of the police and public prosecution, and the education and values of the legal professionals involved. However all these factors only first became apparent in the courtroom, thus interfering with the final act in the criminal process. I shall therefore persist in attempting to understand why German prosecutors can so easily drop cases and why German judges can acquit suspects much more easily than their Russian counterparts.

Court hearings and court decisions are the last step in the criminal procedure, resulting in creation of a countrys image. In making my acquaintance with them it seemed like I was journeying to another world. A court hearing in Germany might look like the Russian one at times, but certain details make for a considerable difference.