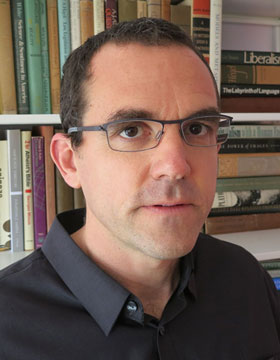 Born in 1969 in Toronto
Studied History of Science at Brown University and History at the University of California, Berkeley

The Heterodoxy of Christianity: Sacrifice, Theology, and Sacred History

Christianity has never been as Christian as all that, and there is no clearer testimony to this than sacrifice. From the beginning of the tradition, sacrifice has been Christianity's stumbling block, a theological center to the enterprise, yet also deeply inimical to it. My project takes up Christian troubles with sacrifice. It argues that these troubles, although ancient in their origins, came to a head in the early modern period, when Catholics and Protestants fought viciously over Christian theology and worship. From the Eucharist to the Mass to atonement to the cultic community of martyrs: the entire sacrificial apparatus of the Church, past and present, was subject to scathing examination. These controversies inserted a wedge between "Christianity as it was" and "Christianity as it should be", a wedge between past and future that opened up spaces for new forms of sacred and secular knowledge. As the heat of religious war cooled, the polemic theology of the sixteenth and seventeenth centuries was disaggregated, and out of its pieces a new organization of knowledge was created, built on a distinction between a properly sacred discipline (theology) and the properly secular ones. The project, in short, offers both a new history of early modern Christianity and a new genealogy of the modern human sciences.

The Martyr and the Heretic: The Suspicious Christianity of the Sixteenth Century

Sacrifice is a puzzle for modern liberal society. On the one hand, it cuts against everything that we hold dear: instrumental rationality, self-interested behaviour, the smooth operations of law, and more. On the other, however, it is no less integral to our political, ethical, and religious imagination. We go to war in the name of the innocent and the suffering. We honor our veterans for their blood. We praise and reward selfless giving.

This puzzle, this project argues, has something to do with the long and uneasy history of Christianitys relationship to sacrifice. Sacrifice has always been a hard nut to crack for Christians, after all, since it was, from the beginning, both theologically central to the enterprise and deeply inimical to it. Christianity began by saying "not like that" to the sacrifices of Jews and Gentiles, and then proceeded to make the sacrifice of Christ the most significant event in the history of the world. The first centuries of Christianity thus saw mighty struggles over the terms under which sacrifice might be made properly Christian.

These struggles, largely forgotten in the middle ages, were reanimated in the sixteenth century, when dynamics of religious conflict - the desire and demand to determine anew the limits of the Christian - inserted a wedge between "Christianity as it should be" and "Christianity as it was," a wedge between past and present that re-organized the relations of religious and secular life. In and through these conflicts, sacrifice migrated, as puzzle and problem, from the world of intra-Christian conflict into the conceptual frameworks of liberal society. It is no coincidence, in other words, that sacrifice emerged as a problem in the secular human sciences, just as it ended as a problem in western Christianity.

Todays talk will be on one piece of this history, the moment when the Christian martyr - long the benchmark of self-sacrifice and spiritual achievement - was made instead the occasion for suspicion and doubt about the very nature of Christianity itself.

Comparison and Christianity : sacrifice in the age of the encyclopedia

Sacrifice before the secular

Sacred and profane : idolatry, antiquarianism and the polemics of distinction in the Seventeenth Century

The altars of the idols : religion, sacrifice, and the early modern polity