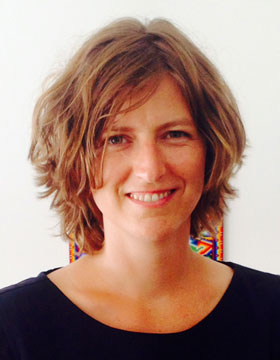 Born in 1980 in Frankfurt am Main
Studied Biomathematics at the Ruprecht-Karls-Universität Heidelberg, the Rockefeller University, New York, and the Weizmann Institute, Rehovot

Where is the Journey of Mathematical Modeling in Molecular Biology Headed?

For several years, we have been able to observe the trend that research in molecular biology is aiming to integrate mathematics. What is the reason for this development and how does it proceed? At first glance, the two disciplines do not seem to match.
The trend has two reasons. First, because of the technical advances of the last decades, the amount of raw data generated has increased enormously. Mathematicians, usually in their profession as statisticians or computer scientists, are expected to help store, manage, and analyze the data. This sort of application of mathematics in biology is nothing new: it is statistical data analysis as applied in any science that generates data.
There is, however, a second type of development in which mathematics is being integrated as a tool in molecular biology. This is historically new, and it is this aspect of mathematical modeling in biology that I want to investigate during my time in Berlin.
We have reached a phase in which the qualitative description of all cell components is largely complete. This means that all cellular structures have been discovered and described in their composition. While in former times we searched for "the secret of life" in the form of the identity of a particular molecule (e.g. DNA), the question has now shifted to the quantitative interaction of the various cell components. This means that we are asking about the dynamics of processes and the functionality that arises from the quantitative interaction of the components, not from the mere existence of the components themselves.
During my time at the Wissenschaftskolleg, I want to investigate the current state of this synthesis of mathematics and biology and ask how the entry of mathematical thinking has shaped the way we look for explanations in molecular biology.

Mathematics and molecular biology are an unlikely couple. The two disciplines deal with fundamentally different problems and rely on very different methods. Molecular biology has so far been a purely experimental science. This appears to be changing.

In recent years, we have observed a remarkable inflow of theorists (that is: mathematicians and physicists) into the research institutes of molecular biology. New, "biomathematical" institutions are being constructed. The granting of research funds is often subject to the condition that one should "combine theory and practice". New specialized journals of "Theoretical Biology" are emerging, or, more precisely, are being transformed from obscure border journals that receive little attention into periodicals that are not only taken seriously by the biological community, but that also are regarded as showing how research in biology should look in the future. In short: biologists call (for help) from mathematicians to "make sense out of their data" resounds loud and clear. Is it possible that we are seeing the transition from an experimental to a theoretical science?

What happened in biology that it suddenly welcomes mathematicians with open arms? Because this was not always the case.

My hypothesis is that one reason for this transition is that experimental molecular biology has by now largely completed the qualitative description of the cellular components. The search for explanations is therefore shifting to the quantitative, dynamic interaction between the individual cell components and thus to the question of how functionality arises from this interaction. That is, the explanatory models are becoming more mathematical, as represented for example by differential equations.

In my talk, I will present various modeling approaches in mathematical molecular biology. I want to discuss what types of models are perceived as useful and which are possibly not helpful (for example, computer simulations with no analytical understanding). Can we define criteria - both of mathematical treatment and of the experimental data - under which the combination of theory and practice makes sense?