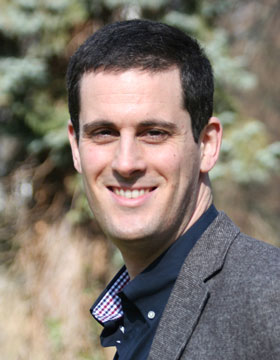 Sites of Passage in Premodern Europe

If a twenty-first-century historian were to take a walk through a medieval or early modern European city, he or she would probably be struck by the amount of attention and the weight of symbolic significance assigned to liminal spaces such as windows, doors, and gates. Far from being regarded as solely or predominantly functional, these sites of passage were highly charged with cultural, social, and political significance, in ways that would be rather alien to the modern observer. An examination of the cultural practices associated with these transitional spaces can provide us with unique insights into perceptions and uses of space in the past.
This project explores the history of domestic and urban space through the lens of the changing, multifaceted story of windows, gates, and doors (ca. 1300-1800). I adopt a pan-European perspective, but I also intend to investigate the role and symbolism of transitional spaces in two other cultures that lend themselves as interesting points of comparison - namely, early modern Islamic and early modern Japanese culture. The project draws on a broad range of archival, printed, and visual sources as well as material objects. One of my goals is to demonstrate that the cultural history of sites of passage can open new and unexpected vistas not only on the history of everyday life but also on the emergence of concepts such as privacy, security, and - not least - on the idea of interior versus exterior.

Window Gazes and World Views: From Babylonia to Berlin

This talk will focus on what might at first seem a rather unlikely topic of historical study: the view from the window. Looking out the window - a practice that might now seem monotonous and even trivial - was a favorite pastime in pre-modern times. In exploring the history of this quotidian practice, my goal is threefold. First, I would like to demonstrate that a history of gazing from the window can open, quite literally, a new window on a subject that thus far has been studied primarily from the perspective of intellectual history, and too rarely from a perspective of cultural historynamely, the history of human vision. Such a history - if it is to be broad and interdisciplinary in scope - requires close attention not only to the culture of everyday life, but also to the history of architecture and the built environment, as well as to social and legal history. Indeed - and this is my second point - religious and governmental authorities made numerous attempts, throughout history, to regulate the use of windows and thus to interfere in the dynamic relationship between interior and exterior space, between house and street. None of these interventions ended the popularity of window gazing in everyday life. Over time, however - and this leads to my third point - we observe changes in the specific moral framework within which the discourse on and regulation of this cultural practice were embedded. The talk will begin with the ancient Near East and end with the modern West, linked through the story of medieval and early modern Europe, where the practice of looking out the window became a particularly contested issue and sparked larger questions about the visual perception of the world.

"They shall not keep their doors or windows open" : urban space and the dynamics of conflict and contact in premodern Jewish-Christian relations

Living stones : the house as actor in early modern Europe

Window gazes and world views : a chapter in the cultural history of vision

Smashed panes and "terrible showers" : windows, violence, and the honor in the early modern city

The strait gate : thresholds and power in Western history

The age of secrecy : Jews, Christians, and the economy of secrets, 1400-1800 Zeitalter des Geheimnisses <engl.>

Trading in secrets : jews and the early modern quest for clandestine knowledge