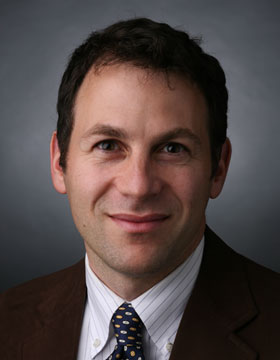 My broad project, a two-volume work, examines historically Muslim legal perceptions of non-Muslim commodities during the rise of Islam and in the modern age. In the medieval period, many experts on Islamic law earned their livelihood as merchants and thus appreciated the benefits of cross-cultural trade. Yet, they worried that through such trade they would expose their bodies and communities to impurity, and so they proposed ideological restrictions to regulate this commerce. This resulted in a productive tension in Islamic legal thought between an economic interest in porous communal boundaries and a religious interest in social exclusivity. As medieval jurists reflected on non-Muslims and their worldly goods, they also sought, in different ways in different historical circumstances, to define an Islamic social identity.
In modern times, high-ranking jurists known as muftis have continued this medieval legacy in some respects. They have cultivated a religious identity and calibrated their gauge of modernity through sentences against new technological objects made in the West. Yet, the strength of revivalism in the twentieth century has resulted in the elaboration of arresting juxtapositions between modern things and sacred laws.
My topic has been neglected due to the disciplinary boundaries that tend to confine academic research in the humanities and social sciences. Economic historians have paid little attention to pious Muslim ideals concerning trade with non-Muslims, either because it is difficult to measure the impact of religious interests on economic behavior or because of a neoclassical tendency to dismiss religious interests as economically irrelevant. Religious scholars, for their part, have paid no serious attention to the ethics of cross-cultural trade. Perhaps this is due to the impression that an economic topic such as trade lies outside of the proper study of religion. But the Sharia, Islam's sacred law, includes legislation not only about purity rites and scriptural dogmas, but also about commercial transactions, behavior in the marketplace, and the production of worldly goods. Studying this moral economy will lead to a deeper methodological understanding of the impact of economic exchange upon religion.

This is a book about the trials of modern commodities under Islam's sacred law. It focuses closely on many strange and wonderful new things - toilet paper, gramophones, telegraphs, brimmed hats, tailored trousers, industrial paint, lottery tickets, paper money, and gigantic gongs - that provoked religious questions as they crossed cultural frontiers in a transitional time at the end of the imperial period. Scattered in diverse colonies and protectorates, Muslim societies under European hegemony nevertheless shared one powerful experience: they all encountered an astonishing array of novelties fabricated overseas. With early adoption and rising consumption came riveting communal debates. Pious actors at times demanded the banishment of certain foreign products, not yet fully incorporated into their society, to the other side of that invisible boundary which separated the lawful from the forbidden. The day's most pressing discussions were not about technological innovation in the abstract, the disadvantages of free-trade imperialism, or the meaning of modernity. They were far more concrete. Muslims specifically wanted to know if their divine scriptures sanctioned particular interactions with particular goods. So they turned to arbiters of the sacred law, who responded with ad hoc fatwas: casuistic sentences that pronounced the objects and actions on trial economically advantageous or socially harmful, conducive to piety or suggestive of infidelity, and - in the final analysis - admirable or abominable.

Published in an entrepreneurial reformer's journal that circulated worldwide, Rashid Rida's Al-Manar ("The Lighthouse"), early twentieth-century impressions and representations of modern objects will be our main subject. They matter because they show how advocates for Islam's reformation as well as their opponents responded to a changing material and technological environment. In a place like Egypt, modern things of foreign origin had a profound impact on Muslim societies in the late imperial and early nationalist periods. They stimulated laypersons to reflect on the new world of goods: to ponder discriminately which things belonged and which things did not quite belong in the ideal Islamic society. They constituted as well the material stimulus behind the rise of what I call "laissez-faire Salafism." This was the fragmented ethos of Islam's reformation in the early decades of the twentieth century. Arising before the elaboration of "Islamic Economics" as a postcolonial discipline for Muslim nation-states, this inconsistently progressive spirit was profoundly shaped by strenuous scripturalist efforts to bless "the good things" (al-tayyibat) that came with the British Empire: the commodities of modern capitalism.

Modern things on trial : Islam's global and material reformation in the age of Rida, 1865-1935

Religion and cross-cultural trade : a framework for interdisciplinary inquiry

The consumer jihad : boycott fatwas and nonviolent resistance on the World Wide Web

Muhammad's grave : death rites and the making of Islamic society

The paradox of Islamization : tombstone inscriptions, Qur'̄anic recitations, and the problem of religious change

Wailing for the dead : the role of women in early Islamic funerals

The theologian's doubts : natural philosophy and the skeptical games of Ghazali

Modern Things on Trial : Islam’s Global and Material Reformation in the Age of Rida, 1865–1935
Columbia University Press more publications in the Fellows' Library

a portrait of Leor Halevi by Hans-Joachim Neubauer