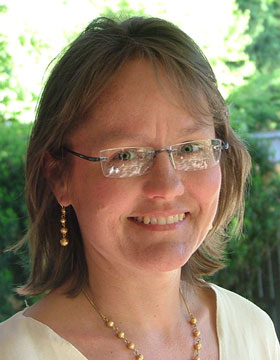 Why Now? How Consciousness Tracks Time

How does a brain manage to produce conscious pain? This is partly a theoretical question and partly an empirical one, and the two parts are best explored in dialectic with one another. My project as part of the Pain working group involves the theoretical question: what it means for sensory representations to be selected, what ways a brain functions such that its relations might count as selecting a representation for consciousness. I propose that consciousness has the unique function of keeping track of time. While every interaction in the world, even unconscious actions like walking while engaged in deep conversation, involves appropriate timing, conscious interactions track the world as it is now. The current situation constitutes the content of the representation, not just its cause. Time plays a particular role in consciousness by means of the selection and coordination of features that form a representation of the present moment.
This way of thinking about consciousness is supported by consideration of its adaptive value. The need for a representation of the present moment arises when alternative actions are possible in response to the current environment. In order to switch goals to exploit an unexpected resource or to experiment with alternate methods of reaching a goal, an animal must be able to determine what is happening now in relation to the desired goal state. Function differentiates unconscious response - automatic, stereotyped action - from conscious response - controlled, flexible behavior. The phenomenological structure of consciousness requires a representation of the present moment, and flexible behavior also requires a representation of the world as it is now in order to assess progress toward goals. Function connects phenomenology with behavior, providing a means for third-person evaluation of the capacity for consciousness.

A House of Cards: Tricks in Theorizing about Consciousness

Consciousness is tricky. To each person, consciousness is her most intimately familiar attribute, yet the attempt to describe or understand consciousness is frustratingly difficult. There simply are no adequate descriptions, and you are left with synonyms - experience, awareness, sentience - or odd locutions - what its like, raw feelings. A more fundamental problem is that it is impossible to observe consciousness. The moment you try to become aware of consciousness, you have become self-conscious; you are conscious of your consciousness.

As a result of all this, there are as many ideas about consciousness as there are conscious people. So in constructing a theory, it is necessary to sort through all the various ways to think about consciousness and pick out the elements that, together, comprise a coherent explanation of the phenomena at issue. In my conversations at the Wissenschaftskolleg, it occurred to me that this process is like building a house of cards. Each component is essential to maintaining the fragile structure, yet each can be examined separately. Different people are interested in looking at different particular cards, but if you pull any one of them away from its place, the house falls.

Here, briefly, are the components that I think build a coherent explanation of consciousness. I will describe the elements briefly and somewhat technically, but in the talk Ill tell you more about each one and why it is important. To begin, what it is to be a mind is to represent; mental states are of or about something. Physical things just are; they have no representational relation to anything else, except derivatively from the mind. Representations acquire their content through their external relation to the object they represent. They do not picture the object they represent, nor is the mind a mirror of the world. Rather, representational content is determined by function. The mind has the function of representing things in the world, because these representations have been useful to the animal in its survival. In this way, the mind is biological and has evolved its functions due to their advantages.

As a feature of the mind, consciousness also serves a function. It can be difficult to figure out what use consciousness serves, since many capacities work very well in the absence of consciousness. Perception, memory, thought, and language all occur unconsciously. Borrowing an insight from Husserl, I suggest that consciousness represents the present moment. When the passage of time itself needs to be represented, an animal needs to be conscious. The capacity to adjust actions according to plans demands the ability to keep track of what is occurring now in order to make those adjustments.

The evolution of consciousness : representing the present moment

The lives of others : pain in non-human animals

A framework for investigating animal consciousness

Assessing evidence for animal consciousness : the question of episodic memory

From Darwin to Freud : confabulation as an adaptive response to dysfunctions of consciousness

The Evolution of Consciousness : Representing the Present Moment
Bloomsbury Academic more publications in the Fellows' Library