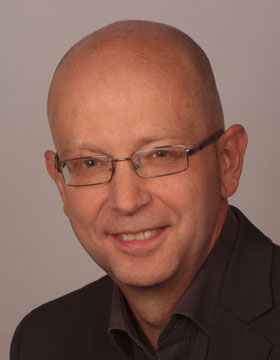 Since the beginning of the 20th century, it has been a standard assumption of linguistic research that the study of the linguistic system needs to be separated from the study of language use. In the structuralist and generative paradigm, language, notably grammar, is seen as a self-contained system that includes discrete categories and combinatorial rules that are independent of usage. However, this view of grammar has been called into question by a new line of research that has become known as the usage-based approach. In this new approach, grammar is seen as a dynamic system consisting of emergent categories and fluid constraints that are in principle always changing under the pressure of general cognitive mechanisms involved in language use (i.e., communication and the processing of linguistic information). Challenging the structuralist dictum that the (synchronic) study of the language system must be separated from the study of language development, usage-based linguists take an evolutionary approach in which linguistic structure is generally analyzed in light of its development - in language history, language acquisition, and language evolution.
Research relevant to the usage-based approach has appeared in various quarters of the language sciences, e.g. in functional and cognitive linguistics, linguistic typology, psychology, philosophy, and computer science. However, as it stands, the various strands of research are only loosely connected. As a Wiko Fellow, I will work on a project that seeks to integrate the various strands of usage-based research into a (more) unified approach. The project will be organized around two general themes. First, it will be concerned with the various cognitive mechanisms that cognitive linguists and psychologists have proposed to explain how linguistic structure is shaped by communication and processing; and second, it will be concerned with the nature of emergent categories and the dynamics of the linguistic system (i.e., the evolution of grammar). Combining evidence from synchronic and diachronic corpus studies, the project will elaborate some central hypotheses about the relationship between usage, structure, and development and the underlying cognitive mechanisms of grammar evolution.

The Emergence of Linguistic Structure: Towards a Dynamic, Usage-Based Theory of Grammar

There is a long tradition in linguistics and philosophy of analyzing language, notably grammar, without any reference to usage and development. This tradition is reflected in Chomskys well-known division between competence and performance and Saussures related distinction between langue and parole, which have influenced linguistic research for many decades. In Chomskys theory, grammar is a self-contained system consisting of discrete categories and combinatorial rules that are grounded in a particular faculty of the mind.

However, this view of grammar has been called into question by a new line of research that has emphasized the importance of communication, conceptualization and processing for the development and organization of linguistic structure. In this new approach, grammar is seen as a dynamic system of emergent categories and fluid constraints that are in principle always changing under the influence of domain-general cognitive processes that are involved in language use.

In this paper, I will outline the basic assumptions of the dynamic theory of grammar and will consider the implications of this approach for the study of language evolution. Drawing on research in historical linguistics and linguistic typology, I will show that the emergence of grammatical categories (e.g. auxiliaries), morphological paradigms (e.g. case inflection) and word order (e.g. cross-linguistic correlations between the ordering patterns of particular grammatical categories) can be explained by general cognitive processes such as categorization, automatization and analogy that are involved not only in using language but also in many other, non-linguistic phenomena of human cognition. A number of studies have argued that the rise of grammar in language evolution involves the same cognitive mechanisms as the development of linguistic structure in diachronic language change. The dynamic approach to the study of grammar challenges Chomskys idea of innate linguistic concepts and grammatical constraints and leads us to look at linguistic categories and grammatical rules from a novel perspective.

The grammar network : how linguistic structure is shaped by language use

Frequency and lexical specificity in grammar : a critical review

The acquisition of complex sentences Cambridge studies in linguistics ; 105

Demonstratives, joint attention, and the emergence of grammar

Pre- and postnominal relative clauses : a cross-linguistic investigation of their syntactic structure and diachronic evolution

The Grammar Network : how Linguistic Structure is Shaped by Language Use
Cambridge University Press more publications in the Fellows' Library