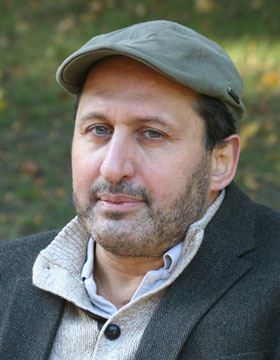 Born in 1961
Studied Anthropology and Phenomenology at the EHESS, Paris

During my stay at the Wiko, I intend to move forward in writing two books, both linked with the history of social science at the University of Chicago. On the one hand, we are working with Howard Becker on L'Enquête sociologique à Chicago 1945-1960, a history of the Department of Sociology at the University of Chicago between World War II and the 1960s. The objective is to describe the shifts in the practices of inquiry among young researchers and Ph.D. students at this critical moment of the invention of participant observation and fieldwork in sociology. Howard Becker was the contemporary of the generation of Erving Goffman, Joseph Gusfield, Eliot Freidson, and many others who invented many of the options in what would be called later "qualitative sociology". We combine Becker's personal records with data from the Special Collections and University Archives, Chicago, the 200 dissertations defended during the 1945-1960 period, the transcripts of seminars on field research that took place there, and the Department professors' correspondence and personal documents in the writing of a new narrative on what is commonly called the Second Chicago School of Sociology. Doing a prosopographic and a network analysis of this cohort, we hope to renew hypotheses on the ecology of research.
In parallel, I will keep on working on a second book: The Public: Pragmatism, Ecology, and Politics, in the area of history of sociology and political science in the 1920s-30s at the University of Chicago - the so-called Chicago Schools of Sociology and Political Science. The twenties and thirties were a crucial moment for the professionalization and institutionalization of these disciplines. My project is to investigate their political dimension, focusing on the different uses of the concept of "public": public/crowd, public interest, public polls, public problems, public opinion, public administration etc. At the same time, I will try to make explicit the connections of these new sciences - with a special focus on Robert E. Park and Charles Merriam - with pragmatist philosophy, mainly William James, John Dewey, and George Herbert Mead. My question is: how did the birth of urban ecology, electoral sociology, and ethnic studies involve specific conceptions of the public sphere? Through this movement back to the 1920s, I hope to highlight a conception of the "public" different from those of Arendt, Habermas, and their followers.

Was There Ever a Second Chicago School of Sociology?

The University of Chicago was the cradle of field studies in sociology - and to such a degree that in the 1920s the representation crystallized of a Chicago School of Sociology; this followed by a Second Chicago School of Sociology after the Second World War. Similarly, certain others believe to have identified a Chicago tradition of urban and race studies, they assuming that there existed a relative unity and continuity of the department and of the sociology which was taught and practiced there. Here at Wiko the investigation I am pursuing into different databases permits us to reexamine and throw into question the general belief that what we have here is a single "school" and "tradition." I will attempt to briefly describe some of my research activity, in particular focusing on a series of PhD dissertations, most of them unpublished, and completed between the years 1945 and 1960. This is fine material - supplementary to the published literature - for understanding what researchers of the period were doing, the questions they posed, and for retrieving their intellectual references, their fieldwork and their working hypotheses. It is on this basis that I will adumbrate certain ideas - still difficult to assess and in part borrowed from the human ecology of Robert E. Park and Roderick McKenzie - for understanding the dynamics behind the formation of research centers and the emergence of certain objects and methods of sociological inquiry at Chicago from 1945 to 1960. What finally emerges is an ecology of research that goes beyond economic, social, political and institutional environments to also factor in milieus of collective experience.

Outreach work in Paris : a moral ethnography of social work and nursing with homeless people

Outreach work with homeless people in Paris : “social emergency” as an institutional solution to a public problem

Capability and Pragmatism: Between Social Sciences and Social Philosophy