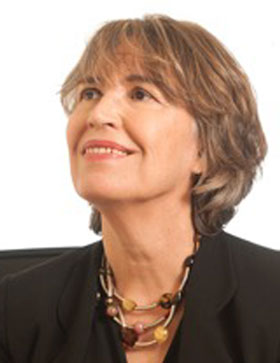 Born in 1949 in Hamburg
Studied Musicology at the Musikhochschule Detmold and at Boston University, and German Studies at University ofTrondheim

In Search of Medieval Music in Africa

Throughout my scholarly career, I have worked on various aspects of the interface between orality and literacy in early European music. While in my previous books I have concentrated on notation, improvisation, and memory in the Middle Ages and Renaissance, I now want to enlarge the scope and see what happens when literate European missionaries are introducing East African oral societies to writing and Western music.
I have chosen to study four different missionaries from three denominations: two Moravian missionaries, one Lutheran from the Leipziger Mission, and one Catholic Benedictine from St. Ottilien. They all come from communities with vibrant music traditions and have left extensive publications and letters that describe their experiences.
Remarkably, most of these missionaries were exposed to two significant movements in early twentieth-century culture that shared a passionate interest in medieval music: the newly established discipline of comparative musicology and the Jugendmusik- and Singbewegung. Erich Moritz von Hornbostel and Carl Stumpf, founders of comparative musicology, established the Phonogramm-Archiv in Berlin in order to collect, analyze, compare, and classify recordings of orally transmitted music from all over the world. They were convinced that music in "primitive" cultures was similar to medieval music, and often drew far-reaching conclusions about medieval music based on what they observed in other cultures. All four of my missionaries made recordings of African music now preserved in the Berlin Phonogramm-Archiv.
Similarly, most of the missionaries were in some way involved in the German Jugendmusik- and Singbewegung, movements that tried to revive early music and folk music by editing and performing Gregorian Chant, Lutheran chorales, and Renaissance polyphony.
Now, my question is: how did comparative musicology and the Jugendmusikbewegung influence the music in the mission stations? Did missionaries translate and publish the chorales they used in their missions? Did they introduce musical notation? Did the missionaries ask members of the communities they visited to create new hymn verses and melodies they would understand better and find more attractive? Was there any room for improvisation? If they were open to local culture, what room was there for its music? For example, were they able to teach the new congregations how to sing polyphony? And if so, how did this polyphonic practice relate to local polyphony? Did they do ethnographic work and try to relate what they found to medieval and Renaissance music?

Busse-Berger, Anna Maria. Medieval Music and the Art of Memory. Berkeley, Calif.: University of California Press, 2005.
-. Mensuration and Proportion Signs: Origins and Evolution. Oxford: Clarendon Press, 1993.
-. "Spreading the Gospel of Singbewegung: An Ethnomusicologist Missionary in Tanganyika of the 1930s." Journal of the American Musicological Society 66, 2 (2013): 475-522.

In Search of Medieval Music in Africa

There is practically no interaction today between historical musicology (the study of art music in Europe) and ethnomusicology (the study of non-European music). Yet, a hundred years ago the two disciplines intertwined in a fascinating way as music historians hoped to gain insight into the nature of medieval music in Europe from recent discoveries of music in "primitive" societies. A central role in this encounter was played by Erich Moritz von Hornbostel (from around 1900 until 1933 at the Psychological Institute of Friedrich Wilhelm [now Humboldt] University in Berlin.

Hornbostel was one of the founders of comparative musicology which eventually evolved into what we now call ethnomusicology. The goal of comparative musicology was to collect performances of orally transmitted music from all over the world in order to analyze, compare, and classify them. For this purpose Hornbostel founded together with his teacher Carl Stumpf the Phonogrammarchiv of Berlin. Hornbostel modeled his research on that done by comparative linguists in Berlin some hundred years earlier, especially on the work of Jakob Grimm, Franz Bopp, and Wilhelm von Humboldt. These linguists collected grammars in order to construct language families and reconstruct proto-languages. Humboldt, in particular, enlisted the help of missionaries from all over the world. Hornbostel clearly learned from Humboldt: he too sent phonographs to missionaries and colonial administrators under the condition that they would then send their recordings back to Berlin so that he could evaluate them. His ultimate goal was to find out how the different music traditions from all over the world were related to each other and what light they might throw on the ancient and medieval music of Europe.

In my research I concentrate on two separate but related issues. First, I am tracking down the missionaries with whom Hornbostel and his collaborators were in touch and who made recordings for them. Many had musical, linguistic, and anthropological training. I have found that they have made important observations about the music they encountered, often providing detailed analysis of the tonal systems, rhythms, etc. Incidentally, most of the music they recorded is now extinct, and their recordings have for the most part not been published.

The second and more important issue is this: As a medievalist, I am trying to recover the largely forgotten chapter in the early history of my discipline. Hornbostels informants were not only scholars, but also missionaries interested in spreading the traditional music of their churches and in adapting it to the needs and traditions of indigenous societies. They were frequently influenced not only by comparative musicology, but also by another important movement with which it overlapped in the first half of the twentieth century, that of Jugendmusik- and Singbewegung, whose members tried to revive early music and folk music by editing and performing Gregorian Chant, Lutheran chorales, and Renaissance polyphony. A great many missionaries and scholars came directly out of the youth movement. In my presentation I will concentrate on one particular missionary who was very successful in his research, but failed miserably in trying to have Africans sing "his" music.

Spreading the gospel of Singbewegung : an ethnomusicologist missionary in Tanganyika of the 1930s

Memory and invention : medieval and Renaissance literature, art and music ; acts of an international conference, Florence, Villa I Tatti, May 11, 2006 Villa I Tatti ; 24

Models for composition in the fourteenth and fifteenth centuries

Medieval music and the art of memory

The Search for Medieval Music in Africa and Germany, 1891-1961
University of Chicago Press more publications in the Fellows' Library