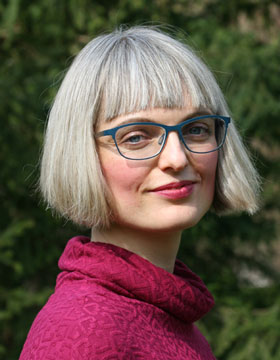 The gun problem is very much in focus today. The most recent legislative initiative in the Russian Parliament to legalize the carrying of firearms was in October 2014 and enjoyed considerable support from a number of very active regional and all-Russian NGOs promoting the right of the Russian people to bear firearms for self-defense. The claims of Russian gun enthusiasts are often based on "historical arguments". However, the real history of the private possession of firearms remains unwritten.
I will consider the private possession of firearms in Russia in 1800 2000 from three main perspectives: formal rules, procedure, and ideology. I will collect and analyze regulative materials on bans on handguns, permissions to own firearms granted to particular social groups, hunting legislation, sentence exacerbation for the use of weapons, and legislation on self-defence. My research questions will be:
1. What was the theoretical basis for adopting a rather permissive, rather than restrictive approach to the regulation of the private possession of firearms?
2. What legal, political, and social concepts shaped private firearms regulations and conditioned their enforcement?

The Taming of Law in the Autocratic Empire

Russia has a long tradition of centralized and non-democratic rule, in which the legislative power of a sovereign is crucial for state-functioning. The legal professionals and civil servants execute their power on the basis of autocratic predominance. The main idea of autocratic legal doctrine was formulated by historian and ideologist Nikolai Karamzin in 1811:

This discourse of predominance of the ruler's will does not necessary negate the meaning of professional law in Russia. My research demonstrates that in addition to this autocratic mythology, professional legal techniques shaped the practices and attitudes of governmental officials concerning the culture of power. In addition to a well known history of political usage of law, there is a less known history of a legal scenario of rights and justice supported with standards of professional law, and its basic legality principle nulla poena sine lege. The standards of legal rule were thought to define expectations of both the rulers and the ruled.

My talk will be devoted to the obsession of the Russian rulers with the production and dissemination of legislation in a long term perspective - from the 18th century to the Bolshevik revolution of 1917. I use the metaphor of taming in order to describe and analyze the technical means by which Russian elites tried to bring in legal certainty and also to show elements of peoples' participation in enforcement of law. Obligatory publication of law and other means of promoting access to law empowered lay people to use law in their interests, i.e. 'tame the law' by usage.

Though my talk will be quite Russia-specific, I would be happy to have an exchange with you on mythologies of law as a means of fair governing, on the authority of legal techniques (including language of law), and the question of political legitimacy through law.

The emergence of the legality tradition in Russia 1800-1918

Legislation as a source of law in late imperial Russia

The digest of laws in the Russian empire : the phenomenon of autocratic legality

The legitimacy of the Bolshevik order ,1917-1918 : language usage in revolutionary Russian law