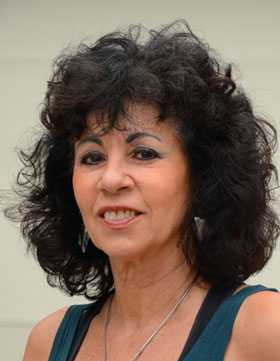 Born in Tel Aviv
Studied Philosophy and Linguistics at Tel Aviv University and at the University of California, Los Angeles

The aim of Expression, Action, and Meaning (tentative title) is to provide a novel perspective on the philosophical project of "naturalizing" meaning. The early chapters of the book lay out a view I have defended in recent years, according to which communication through expressive behavior  as manifested by both humans and nonhuman animals  is the province of minded, social, and active creatures. Proper understanding of expressive behavior and the kind of communication it affords can help us ground one variety of so-called speaker meaning that is at once rich enough and modest enough to help us see how to bridge the gap Paul Grice identifies between "natural" and "non-natural" linguistic meaning (cf. Grice 1957, 1985). Relatedly, expressive communication among nonhuman animals, I have argued, represents a significant intermediary between communication that exploits natural signs, on the one hand, and communication through symbolic linguistic strings, on the other. Thus, it is in the domain of expressive communication that we should search for the most immediate natural precursors in the evolution of meaningful linguistic communication.
The task for later chapters is to tease out some of the consequences of my conception of expressive behavior and communication for several standing puzzles in the philosophy of language and mind. Specifically:
- Semantic indeterminacy: How can words and sentences have determinate meanings, given that linguistic behavior is open to multiple and incompatible interpretations? (Cf. Quine 1960);
- Rule following: How can we take a speaker to follow one rule in her use of words rather than any number of possible rules that are compatible with her past use, dispositions, intentions, etc.? (Cf. Wittgenstein 1955 and Kripke 1972);
- Knowledge of meaning: How can speakers' knowledge of what their words mean be at once propositional and practical? (Cf. Dummett 1996).
In earlier work, I argued that the puzzles arise as a result of an erroneous, though widely accepted, theory of linguistic competence and understanding, according to which in spontaneous linguistic communication, speakers intentionally provide evidence about what they mean to their hearers, and hearers need to select one of many alternative hypotheses concerning the correct interpretation of speech on the basis of available behavioral evidence. But reflection on expressive behavior suggests an alternative conception, according to which linguistic competence and understanding are to be modeled on the production and uptake of acquired expressive behavior.
Looking at the above long-standing puzzles through the lens of the expressive communication approach - I aim to show - promises to transform intractable skeptical conundrums into theoretical problems that can draw on rich conceptual and empirical resources for their solutions.

Expression, Communication, and Origins of Meaning: A Philosophical Perspective

The puzzle of language evolution is often introduced by pointing to a great gulf - a Rubicon - separating human language from all forms of animal communication.  The greater the gulf, the more puzzling it is how human language could have possibly evolved.  In its philosophical incarnation, the puzzle takes the form of what I call 'continuity skepticism'. This is the idea that human mental and communicative capacities cannot be illuminated by seeing them as descendants of capacities possessed by our nonhuman ancestors. Thus, several prominent contemporary philosophers (Donald Davidson, John McDowell, Christine Korsgaard, and Robert Brandom, to name a few) have argued that, although there is no denying that, biologically speaking, we 'came from' the beasts, there can be no intelligible philosophical explanation of the 'natural history' of human minds and human language. This is because - they argue - the differences between full-fledged human thought and communication, on the one hand, and all nonhuman animal conduct, on the other hand, are differences 'in kind' and not just in degree. Human thought and language have objective, reflective, rule-governed character, whereas all nonhuman animal behavior is merely responsive, instinct-driven, and pattern-governed; and that gives little hope that human/nonhuman comparisons could shed any light on the emergence of our distinctively human capacities.

Keeping in mind the philosophical challenge posed by continuity skepticism, I am interested in evaluating a certain strategy for addressing the puzzle of language evolution adopted in recent years by a number of theorists. According to this strategy, in addressing the discontinuity between human language and animal communication, our focus should be on explaining the emergence of cooperative, communicative intentions in our species. So the emergence of our distinctive linguistic sophistication is to be explained by the prior emergence of our psychological sophistication. I argue, first, that this approach renders the evolutionary emergence of language less tractable than it could be, for it replaces the language Rubicon with an equally problematic psychological Rubicon.  I then propose an alternative strategy for meeting continuity skeptics challenge, which seeks to identify a proper 'middle ground' between both human psychological and communicative capacities, on the one hand, and those of nonhuman animals, on the other. In this spirit, I offer a theoretical reevaluation of the capacity for expressive behavior, which has long been dismissed by theorists of language evolution as irrelevant to the emergence of human language. I argue that proper understanding of expressive behavior and the kind of communication it affords can help bring to light certain important human/nonhuman continuities that may in fact be relevant to the natural history of human mindedness and language.

Crude meaning, brute thought (or: What are they thinking?!) : Dorit Bar-On

Origins of meaning : must we 'go Gricean'?

Speaking my mind : expression and self-knowledge