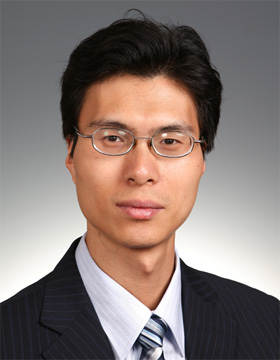 Born in 1981 in Wenzhou, China
Studied Political Science at the University of California, Los Angeles

Constitutional History of China: From the Late Qing Era to the Present

In the course of time from the late Qing era to the present, China has been a testing ground for a succession of different political regimes: constitutional monarchy (including the Prussian-German-Japanese type and the British type), presidentialism, parliamentalism, military government, civil government under a hegemonic partys tutelage, the Soviet system, the three-thirds system, the system of people's congress under peoples democratic dictatorship, etc. Finally, Chinas constitution has evolved into a unique shape, stable in its appearance but full of internal tensions.
This project aims at contributing a new history of China's constitutional changes since the late Qing era. To understand this process, I attempt to combine constitutional hermeneutics with political sociology, seeking to restore the classical understanding of a constitution as the structure of a commonwealth, and to emphasize that the "constituting process" is an important part of constitutional research. This project takes a highly comparative approach, at least to the following four aspects:
1. The decadence of the old Empire and the transition to a republican regime
2. The failure of the parliamentary system
3. The transition from a competitive-electoral party system to a hegemonic party system
4. The evolvement of national-regional autonomy under the unitary system.
From a practical perspective, this intellectual attempt is a necessary step in exploring the historical foundations, fundamental characteristics, and possible future development of the contemporary Chinese constitutional order, whose basic framework was set by the constitution of 1982, but should be traced back to the whole experience of the 20th-century Chinese revolution.

Just as the French Revolution sparked both revolutionary and anti-revolutionary historiography, the Chinese Revolution in the twentieth century also gave rise to two opposed positions in the writing of history. The ebbing of revolution in the late 1970s occasioned a more sustained reflection on those "losers" of this century of revolution and bringing with it a variety of reflections on the "Whig history of revolutionaries." In the new historiography, revolution is often depicted as an interruption of the "correct" path to a "normal" modern state. It is from this perspective that constitutional monarchists of the late nineteenth and early twentieth centuries regained a prominent position.

This groups commitment to constitutional monarchy is only the tip of a huge iceberg. Most constitutional monarchists were deeply influenced by social evolutionism and admitted that a kingless democracy represented a higher historical stage. Their political position was based upon a consciousness that it is historically impermissible to skip a necessary stage in such modern political development. According to their observation, China was striving for survival in an international order where the law of the jungle prevailed and the relationship between her government and citizens was far too loose. Although the increase of civil liberty is a token of social progress, China had to take an incrementalist approach, making sure the increase of civil liberty should bring more prosperity than turbulence. More specifically, in the context of the Qing Empire, the preservation of the Manchu emperor was a necessary condition to preserving the unity among five major nationalities. After the 1911 republican revolution, constitutional monarchists were divided on whether it was necessary to restore the monarchy while still sharing the notion that the new republican regime should keep more cultural and institutional continuity with the past. Their ambiguous relationship to the monarchical restoration in 1915 and 1917 triggered a wave of reflection on the relationship between political regime and its social and cultural basis, which itself led to the rise of social revolution in the 1920s.

Can they be called the losers of history? In fact a significant number of their proposals were eventually incorporated into the laws and official doctrines of the new republic. But ironically many of their ideas were appropriated as or transformed into intellectual resources for revolutionary mobilization. History is full of unintended consequences that do not easily fit into any black-and-white picture...

The future of the past : on Wang Hui's rise of modern chinese thought

No forbidden zone in reading? Dushu and the Chinese intelligentsia