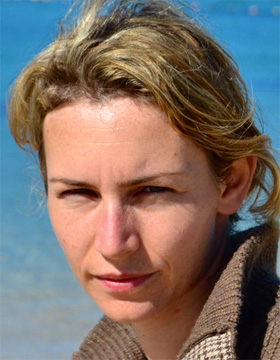 The Meaning of Partisanship

What is a political party, and what counts as partisanship? Such questions have for some time been the domain of political science, where one tends to find a formalistic emphasis on organisational structure and the power-seeking behaviour of elites, paired with a notion of citizen partisanship as stable support for a party. The intended project seeks to develop a more normative conception of partisanship that sets it in the context of democratic theory. It takes a step back from the empirical study of parties to reflect on the ideas of partisanship that underlie them. While contemporary political philosophy has tended to say little about partisanship, with attention turned instead to first principles of justice or to modes of citizenship different from partisanship (cf. theories of deliberative democracy), there is a valuable older legacy to draw on. In modern political thought, a central topic was what, if anything, made partisanship consistent with civic and democratic ideals, or even a necessary condition for their realisation. The proposed project begins by identifying what has been lost in the shift from these earlier conceptions to the contemporary study of parties and by assessing what from these earlier accounts is worth retrieving for a renewed conception of partisanship relevant to the contemporary world.
The core idea is that partisanship is an associative practice that sustains and enhances political commitment; the project seeks to explore its defining features, its value, the kinds of obligations it entails and its contribution to democratic theory and practice both in normal and in revolutionary circumstances. It tries to show how partisanship, thus understood, differs from alternative forms of political engagement, such as interest groups and elite-based decision-making, and the extent to which partisanship can be reconciled with ideals of deliberative democracy and civic participation. It seeks to show how a richer conception of partisanship provides a sounder basis on which to assess its place in democratic theory and to revise or criticise existing party practices.

Structural Injustice and the Irrelevance of Attachment to Resources

In August 2013 an Australian mining company was fined $150,000 for desecrating and damaging "Two Women Sitting Down," a sacred site in the custody of the aboriginal people of Kunapa living near Tennant Creek in the Australian Northern Territory. The damage was ascribed to blasting at a nearby mine that caused the collapse of an overhanging rock and the consequent split of the site into two parts, creating irremediable damage to it. Although aboriginal representatives had been consulted when undertaking the works, the mining company was accused of abusing their trust and concealing the full impact of the operation. The collapse, according to the Kunapa people, made it impossible for them to continue perceiving the site as part of a traditional songline; that is to say, it prevented this aboriginal people from recognising their dreaming.

Many people tend to think, and I agree, that the verdict of the Australian courts in this case was justified. The Kunapa people had been affected in a non-negligible way; indeed they had been wronged. Many people also think that the Kunapa were wronged because people who are attached to particular objects ought to have a special say as to how these objects are used. But I would suggest that this account is misguided.

I will begin by clarifying what precisely constitutes an attachment to external objects, what we might think this attachment justifies, and why such an attachment seems so attractive. Then I will suggest that - like arguments based on improvement, deserts, labour or any other attempt to explain how the history of our relation to a particular object gives us a special claim to that object - attachment-based arguments are subject to constraints and do not tell the whole story. And to give a more defensible account of why agents who are attached to certain objects might sometimes have special normative claims over them, I will argue that a more promising route is to ask whether agents making such claims suffer from structural injustice in the present. Then I will explain what structural injustice is, why it matters and in what way attachment-based claims are related to it. I will conclude by mentioning some critiques to my account and subsequently responding to these objections.

Structural injustice, epistemic opacity, and the responsibilities of the oppressed

The politics of peoplehood

Political commitment and the value of partisanship

Structural Injustice, Epistemic Opacity, and the Responsibilities of the Oppressed
Wiley more publications in the Fellows' Library

The Political Philosophy of Rosa Luxemburg - A Critical Assessment