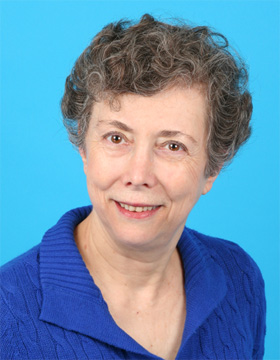 The Alice and Jack Ormut Professor (emer.) of Arabic Studies

Thinkers of "This Peninsula": New Perspectives in the Philosophy of al-Andalus

The development of philosophical thought in al-Andalus is often described in contradictory terms. On the one hand, scholars agree that the Iberian peninsula witnessed the acme of Islamic philosophy. On the other hand, the development of philosophy in this region is regarded as somewhat of an anomaly. The discrepancy between the apparently unfavorable conditions and the seemingly sudden burst of philosophy obviously requires explanation. Such an explanation, however, is not to be found in most studies on the topic, and the few scholars who address this problem tend to refine the presentation of the question, rather than offer a satisfactory explanation for it.
Jewish philosophy in al-Andalus, however, is depicted in a much simpler and homogenic way. The effervescence of Jewish philosophy is seen as part and parcel of the so-called "golden age" of Jewish culture in Islamic Spain.
The circumstances in which thought in general, and philosophy in particular, developed in both communities are usually studied as separate questions: some contemporary scholars have attempted to present a coherent synthesis that includes the Jewish (and Christian) philosophical output in their mapping of Andalusian philosophy. And yet, most of these studies present the connection either as background to, or as mere chapters in the discussion of their main focus of interest.
The purpose of the study proposed here is to offer an integrative approach to the history of Islamic philosophy in Spain. The study will focus on the intellectual developments in al-Andalus, in order to evaluate the local, Andalusian character of this philosophy and to see how it fits within the framework of the development of Islamic philosophy in the Orient.

"Fugitive Pieces": An Integrative Approach to the Intellectual History of Islamic Spain

The Alhambra palace in Cordoba represents perhaps in an emblematic form the legendary splendor of al-Andalus (Islamic Spain). Paradoxically, however, this magnificent palace is the product of a period when al-Andalus was already in decline. In its present form, this palace was built in the fourteenth century, when most of the Iberian peninsula was no longer in Muslim hands. This political decline is reflected in the realm of philosophy more accurately than in architecture. From the thirteenth century on there are no major Muslim thinkers in the peninsula, and Arabic-speaking Jewish intellectuals had left the peninsula or migrated to its Christian North already in the twelfth century.

From the tenth to the twelfth century, however, al-Andalus was a hub of dynamic philosophical thought. It gave rise to some of the most important works of both Jewish and Muslim philosophy, Averroes and Maimonides being perhaps the most famous among many prominent thinkers. The effervescence of philosophy in al-Andalus is usually seen as a product of the "golden age" of the peninsula, depicted as a period of exceptionally tolerant and multicultural society. Yet the actual history of Andalusian philosophy is always told as two separate stories, that of Jewish and that of Muslim philosophy. The linguistic and cultural commonality, more prominent in the case of the philosophers than in the case of other segments of Andalusian society, calls for an integrative approach to their study. Such an approach is not only historically more correct, but it also proves to be imperative in our attempts to reconstruct the development of thought in al-Andalus and its repercussions on later Jewish, Muslim and Christian thought.

Between acculturation and conversion in Islamic Spain : the case of the Banū Ḥasday

Philosophy as wisdom : on the Christians' role in the translation of philosophical material into Arabic

Exchange and transmission across cultural boundaries : philosophy, mysticism and science in the mediterranean world. in memory of Professor Shlomo Pines Studies in the humanities

Maimonides in his world : portrait of a Mediterranean thinker Jews, Christians, and Muslims from the ancient to the modern world