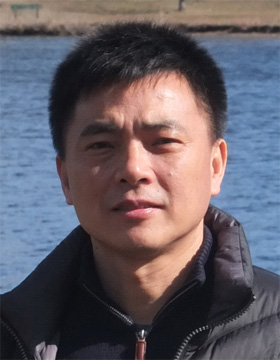 Professor for Tibetan and Buddhist Studies

History Through Textual Criticism: Tibetan Tantric Buddhism in the Tangut Kingdom of Xia, the Mongol Yuan Dynasty and the Chinese Ming Dynasty

My plan is to complete a book project on the history of Tibetan tantric Buddhism outside Tibet based on textual criticism. I intend to reconstruct the colorful history of cultural and religious encounters in Central Eurasia along the Silk Route from the 11th to the 15th century. The main task of my book is to write the history of Tibetan tantric Buddhism in the Tangut kingdom of Xia and the Mongol Yuan and Chinese Ming dynasties.
I want my work to be accessible to scholars who are not specialists in Tibetan Buddhism, but are interested in Central Eurasian, Chinese, and Tibetan cultural dynamics. I believe that being in regular conversation with colleagues of the Wissenschaftskolleg would help me think through how to present the book I am planning to write to the audience in Western academia. In addition, I hope that I am able to play an active role in bringing together Chinese-language and English-language scholarly communities in the field of Chinese and Central Eurasian history.

Tibetan Buddhism is reported to have been widespread among Mongols during Chinas Mongol-Yuan dynasty (1206/71-1368); tantric Buddhist rituals and practices in particular were performed enthusiastically by the Great Mongol Khans and their ministers at the Yuan imperial court. However, little is known of the true history apart from several distorted and fantastic stories related to tantric sex that appeared in both official and unofficial Chinese historical books of the Mongol-Yuan dynasty. These stories naturally led to the assumption that it was the practice of tantric sex which generated great enthusiasm among the world conquerors and subsequently caused the rapid collapse of the Mongol empire. Later these stories were further dramatized through numerous Chinese literary works such as erotic novels written by Chinese literati. It was from the Yuan period onward that Tibetan Buddhism became increasingly sexualized and was eventually equated with tantric sex or sorcery, and Tibetan lamas were often demonized as evil monks. Meanwhile the actual history of the spread of Tibetan Buddhism in Yuan China fell entirely into oblivion for centuries.

In recent years I have discovered a great corpus of Chinese texts of Tibetan tantric Buddhism stemming from the Mongol-Yuan period. Through painstaking in-depth studies of these unique religious texts, which were instructions as to Tibetan tantric Buddhist practices carried out at the Mongol court, we are now able to offer an explanation for these fantastical and bewildering stories and reveal the original forms of and the religious meanings behind these tantric rituals and practices. I will attempt to dispel the demonized and sexualized image of Tibetan Buddhism and to disclose the actual history of the spread of Tibetan Buddhism in Yuan China. I intend to show how the history of Tibetan Buddhism in Yuan China can be rescued through textual criticism of these misleading stories of tantric sex which were intentionally fabricated and transmitted by Chinese literati from generation to generation.

Reconstructiong the history of Buddhism in Central Eurasia (11th - 14th centuries) : an interdisciplinary and multilingual approach to the Khara Khoto texts