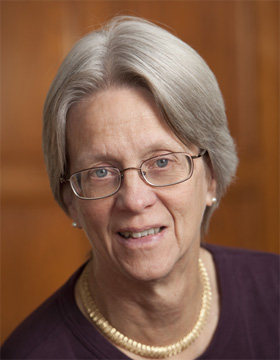 Comparative Administrative Law and Public Policymaking: US, France and Germany

My project lies at the intersection of law, political science, and economics. Focusing on the US, France, Germany, and the EU, I will study policymaking inside the executive and the independent agencies. In Europe, recent demands for impact assessments and public participation are in some tension with traditional administrative law doctrines; in the US, they are more integrated into public law. However, both Europe and the US face often-conflicting demands for the greater use of social science expertise, on the one hand, and for more input from the public and from civil society groups, on the other. Arguing that executive branch policymaking must be democratically accountable, competent, and protective of individual rights, I will develop a role for public law that seeks to uphold these values without intrusive interventions into politics. The research builds on my past work in comparative administrative law.

Scientists and Citizens: Democratic Legitimacy in the Regulatory-Welfare State

My Wiko project concerns public law and the democratic legitimacy of the regulatory-welfare-state. It is framed by the following claims that are both normative and positive.

1. Regulatory and social policymaking involves complex interactions between democratic values and expert knowledge. The democratic legitimacy of such policymaking cannot be reduced to the conventional chain of legitimacy, the Germans "Legitimationskette", that goes from voters, to parties, to government formation, to the passage of statutes and their implementation by the professional bureaucracy.

2. Given the inadequacy of the chain of legitimacy, representative democracies need to develop other routes to accountability. The option I wish to defend is public participation in policymaking that is organized to retain the fundamental political accountability of the government to the electorate.

3. The nature of public participation should be open-ended, and not take the form of neo-corporatism that brings together representatives of selected interests. Neo-corporatist institutions often give too much power to the government to determine participants.

4. Organizing open-ended participation, however, is not an easy job. Once one gets to the specifics, such procedures are often criticized for taking too much time and trouble. I present some preliminary ideas, drawn, in part, from rulemaking procedures of the US Administrative Procedure Act that require public notice, open-ended public hearings, and a statement of reasons. I also discuss some recent European reform efforts.

5. What role should courts play in supporting public participation in executive branch rulemaking? Increased "participation" in executive and agency decisions has become a buzzword in Europe. However, advocates seldom mention the courts or else actively oppose giving them a role. I argue that the courts could provide a backstop by monitoring processes, without themselves making substantive policy.

6. Given my normative argument for alternative routes to democratic legitimacy, why does the US differ so much from Europe? I suggest ways in which parliamentary and presidential structures give different incentives to practicing politicians. Hence, one should not accept existing patterns as somehow closed to human agency. They may merely be the result of contingent choices, not deep cultural constants.

7. I conclude with the special case of the European Uniona polity whose complex institutions and problematic democratic legitimacy highlight my broader concerns.

Democracy and executive power : policymaking accountability in the US, the UK, Germany, and France

The limits of cost/benefit analysis when disasters loom

Due process of lawmaking : the United States, South Africa, Germany, and the European Union

Corruption : greed, culture and the state

From elections to democracy : building accountable government in Hungary and Poland

Democracy and Executive Power : Policymaking Accountability in the US, the UK, Germany, and France
Yale University Press more publications in the Fellows' Library

Is Impact Assessment Democratic? Tensions in Public Policymaking in the EU and the US