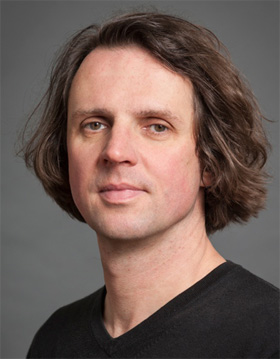 Born in 1967 in Mainz
Studied Philosophy, History, German Literature, and Musicology at the Johann Wolfgang Goethe Universität Frankfurt am Main and at the Freie Universität Berlin

The project I am pursuing is located within a tendency in philosophy and adjacent disciplines that has gained prominence in recent years. It is a tendency to seek to comprehend consciousness, thought, and intelligence by conceiving them as characters of life: it reflects on life in general in order to find in it the germ and the original of precisely those features of human existence that philosophers through the ages have been tempted to place outside nature.
The contribution of the project to this tendency will reside in the exploration of a difficulty that besets it. An appreciation of this difficulty is rarely found in recent work belonging to our tendency, but articulated in two of its remoter ancestors, Aristotle and Hegel. The difficulty resides in the fact that while sensory consciousness and reason are rightly conceived as life, they cannot be comprehended through a general concept that abstracts from its specific character as animal life, or as human life, respectively. For there is no aspect of the life of an animal that is not informed by its animality, and no aspect of the life of a human being that is not informed by her reason. It does not follow that no insight can be gained by approaching consciousness, or reason, through the idea of life; it means that the insight to be gained is at the same time an insight into the nature of life, revealing it to be, essentially, first metabolism, then consciousness, then reason. The project aims to develop such insight by articulating the logical relations of the three terms that figure in its title.

Thought is objective: its validity depends on no character of the subject thinking it, but on what she thinks alone. This means, it is held, that thinking, insofar as it is objective, relates to something other than itself. This idea is entrenched as no other. In the face of relativism, skepticism, constructivism, which deny the objectivity of thought, we must insist that thought is anchored in an object that is there, an object that binds and orients thinking. We must cling to this object and stand up against the irresponsible pretensions to deconstruct it.

The desire to anchor thought in an object other than it is one source of scientism. Science, knowledge of nature, is knowledge of an object that is other than the act of knowing it; the object of science is indifferent to its being known. If objective thought is of something other than itself, then objective thought is, first and foremost, science. But scientism is impossible to take seriously. Science is the measure of all things: this is absurd. Thought of what is good to do, of what is just, is no part of science. Yet it is thought; it is objective. If objective thought is of an object other than itself, we need an object for such thought: something other than our thinking that is the measure of our attempts to think it. So there is this object, we assert: goodness, justice, value, reasons. It is not nature; it is not given in experience. Yet it is an object distinct from our knowing it. One may object that this alleged object is too unlike nature in order for us to understand what it means to say that there is such an object. Equating objectivity of thought with independence of its object, we can, and must, insist: thought of the good and the just is objective; as there is this objectivity, there is this object: goodness, justice, values.

Self-consciousness and objectivity : an introduction to absolute idealism

Categories of the temporal : an inquiry into the forms of the finite intellect Kategorien des Zeitlichen

Action and the first person