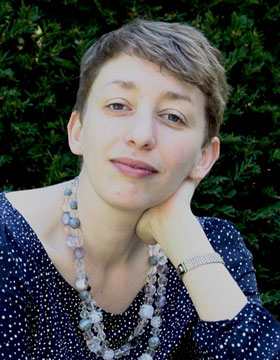 Born in 1983 in Cleveland, Ohio
Studied Comparative Literature in English, French, and Italian at Brown University, and Anthropology and Human Evolutionary Biology at Harvard University

The Evolutionary Biology of Adolescence

The work that I propose to undertake as a Fellow at the Wissenschaftskolleg has two parts, the first situated in human evolutionary biology and the second located at the intersection of evolutionary biology and the humanities.
The first project utilizes data that I collected in a subsistence agriculturalist population in The Gambia to ask how women's bodies allocate energy among growth, activity, immune response, metabolism, and reproductive function during puberty. The research addresses two central questions with implications for public health and evolutionary biology: first, how does protein-energy supplementation of pregnant women impact energy allocation in their daughters when those daughters reach adolescence? Second, how does female adolescent physiology respond to seasonal changes in energy availability, and what can these responses tell us about the selective pressures under which human growth and development patterns - and variation in those patterns - evolved? The output from this project will include four papers suitable for publication in peer-reviewed biology and anthropology journals.

The Shape of a Human Life: Evolution, Literature, and Narrative Function

The second and complementary project builds on the proposed biological analysis and furthers interdisciplinary work begun at the Radcliffe Institute for Advanced Study at Harvard University and at the Wissenschaftskolleg in 2012. In order to explore the shared interest of evolutionary biologists and humanists in the shapes of lives, particularly human lives with their individual- and species-level possibilities and constraints, I helped to organize two workshops focused on life history theory and Shakespeare's plays. I will expand this project during the fellowship year by producing an original book that contains both content - insights into relationships between specific tenets of evolutionary biology and specific works of literature - and models for facilitating cross-disciplinary scholarship among researchers and creating undergraduate and graduate level curricula. This book project will draw on insights gleaned from the Gambia dataset and will be carried out in tandem with editorial work, begun prior to the fellowship year, on an anthology of papers and responses generated by seminar participants.

This is a project about human imagination.

Biologists and anthropologists concerned with the evolution of humans examine contemporary populations, fossilized taxa, and living, non-human primates to determine which human traits require explanation, what precedents those traits may have had in the past, and what selective pressures may have favored their transmission and persistence. Sexual reproduction is understood as the most important avenue of trait transmission (including the transmission of capacities for flexibility).

The process of inferring what kinds of anatomies, physiologies, social structures, and affective experiences could have existed in the past is, therefore, a sustained act of attention and imagination, one frequently predicated on observations and interpretations of the present. Careful historical studies of human communities, from medieval European churchgoers viewing an altarpiece to Ancient Greek men in pederastic relationships, make clear that present experience may not prepare us to imagine how people related to one another or what they valued in the human past. Comparisons of contemporary experience with those that are no longer viscerally accessible matter not only for imagining what it meant to desire or be desired, to submit to or invoke authority, or to encounter transcendence. Assumptions about the sexual, social, and spiritual past also shape explanations of anatomy, physiology, and behavior that are not inherently sexual, social, or spiritual, including the origins of cooking, the ability to throw overhand, spatial cognition, and the duration of childhood. That is: who we are able to see and understand at the present moment draws boundaries around who we are able to imagine as ever having existed, and, therefore, as ever having shaped the species as we know (and choose or manage to see) it.

Among those traditionally not included in evolutionary accounts are people with non-reproductive identities, those whose understandings of themselves involve, at a constitutive level, the desire not to have children. If successful in not reproducing, they exist outside systems of direct sexual transmission. Evolutionary imagination about non-reproductive identity has focused on the origin and persistence of same-sex desire (conflating erotic object choice with reproductive output) and, relatedly, on kin selection, the idea that individuals promote the transmission of their own genes indirectly by enhancing the fertility of relatives. Non-reproductive identity is otherwise understood as non-adaptive - the equivalent of a spandrel, in Gould and Lewontins terms, or something of even less value.

Reproductive justice and the history of prenatal supplementation : ethics, birth spacing, and the “Priority Infant” model in The Gambia

Reproductive Justice and the History of Prenatal Supplementation : Ethics, Birth Spacing, and the “Priority Infant” Model in The Gambia
University of Chicago Press more publications in the Fellows' Library