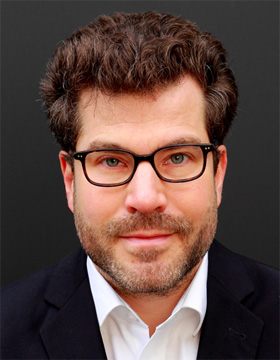 Born in 1970 in Laichingen (Baden-Württemberg)
Studied History at Brandeis University and at the University of California, Berkeley

Fear: Soldiers and Emotion in Russia during the First World War

This project envisions the writing of an English-language monograph that centers on three questions. Taking the example of Russia, it first asks how soldiers were conditioned to cope with fear; second how they dealt with fear; and third how they were dealt with when they could not cope and broke down with fear-induced symptoms. For this purpose, it uses a range of sources - from officer handbooks for the training of recruits to military psychiatry and memoirs. While it looks back as far as 1812 and forward as far as the Chechen Wars, its focus is on the early twentieth century, especially the First World War. Significant parts are transnational and feature comparisons with France, Germany, and Great Britain. The project seeks to make a contribution to the relatively new interdisciplinary field of the history of emotions, to the cultural history of military and war, and to Russian history proper. It is also addressed to psychiatrists and experimental psychologists interested in a historical dimension of their own research on fear. Its impact extends beyond academia because of the contemporary relevance of trauma (PTSD) in wars like that in Afghanistan.

Fear: Soldiers and Emotion in Russia during the First World War

In my presentation I will sketch my main book-in-progress and, briefly, two side projects. My focus will be on sections where I have reached an impasse, and my hope is that you will help me get out of these impasses, or, if even we, collectively, hit a limit, to find the best narrative form for what can then, with greater justification, be called dilemmas.

Main Project: Fear: Soldiers and Emotion in Russia during the First World War

Im about to start the actual writing of what I envision as a short English-language monograph divided into three WW1-focused chaps., preceded by a pre-1914 (going back as far as 1812) chap. and succeeded by a post-1918 (zooming forward as far as the Chechen wars) chap. The first of the three core chaps. deals with how soldiers were conditioned to manage fear. "Conditioning" is broadly understood and includes not only the training of recruits (drill), but also wider social practices, such as the reading (aloud) of childrens literature. The third of the three core chaps. concerns military psychiatry, i.e. scientific discourse about the diagnostics, etiology, and treatment of trauma, at the center of which is the question of fear. The presentation, however, will home in on the second core chap. tentatively entitled "experience": using fear-related passages from Russian (and, for purposes of comparison, British, French, and German) WW1 memoirs, it tries to get at how soldiers lived fear. "Lived"? I am torn between two interpretive extremes. At one end of the spectrum are those (e.g. some literary scholars) who emphasize the madeness of memoiristic sources - their specificity as a genre, the time lag involved between event and its recording, etc. At the other end are those (e.g. some post-poststructuralist historians seeking to recapture the visceral aspects of experience) for whom a phenomenon like fear is so basic, prediscursive, and universal that it is removed from artifice - and thus accessible in more unmediated fashion. In the latter approach, differences of genre etc. dont really matter. On which side do I come down? Or do I leave the polarity unresolved and devote a first, more "lit-critty" part of the chap. to aspects of artifice, a second part to themes - e.g. baptism by fire, battle cries, amulets and superstition, medals, rumors - that recur across memoirs from different times and places, written in different languages?

Side Project: The New Germans

Ive started working on a popular (targeted at readers aged 16+), German-language, narrative history of migration to Germany, esp. post-1945 (both West and East), told through life stories of individuals/families who represent the major immigrant groups. This is unabashedly teleological history-writing: the book moves toward the positively connoted goal of a different concept of the German nation, more akin to e pluribus unum in the U.S.- it is good to have a particularist identity, e.g. being of Turkish descent, and this particularist identity can coexist with an umbrella identity of Germanness that is much more broadly conceived than is currently the case, where even third-generation Germans of Turkish heritage are called Deutschtürken (German Turks), rather than Türkendeutsche (Turkish Germans).

Side Project: The Blurb etc.: Stories Around the Book

Are you an acknowledgment junkie? Do you compulsively decipher the book titles on the shelf behind the author on the photograph in the dust jacket? And do you feel guilty about it all? I have been collecting materials for a short book on the little genres that also make up a bookthe title, dedication, acknowledgments, footnotes, author photos, and blurbsand of those that surround it: the webpages of authors and their presence in social media, readings and signings, reviews, the Festschrift, and the obituary. Where do these genres/practices come from, how did they change over time? What do they tell us about authorial differences - in status, gender, ethnicity, religion, etc.? What are their likely futures? I believe a lot can be said about these genres beyond Gérard Genettes Paratexts (orig. 1987) and that the historical genealogies of these genres afford surprising insights even for those who thought they knew more about books than they should.

The history of emotions : an introduction Geschichte und Gefühl

The Stalin cult : a study in the alchemy of power The Yale-Hoover series on Stalin, Stalinism, and the Cold War

Fear : across the disciplines