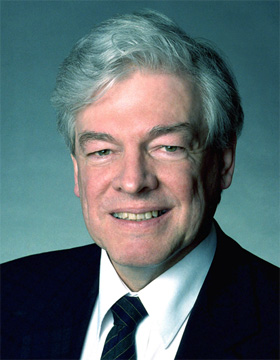 Born in 1942 in London
Studied Zoology at Worcester College, Oxford

The Evolution of Human Reproduction

Drawing on my extensive experience in reconstructing the evolutionary relationships of primates and other mammals, I aim to consolidate my research focused on the phylogenetic history of human reproduction. I have already compiled numerous analyses of quantitative data, with over 300 completed illustrations and extensive notes from a preliminary review of the literature. To achieve an effective, comprehensive, and original synthesis, I now need to conduct an extensive review of additional literature and to write a scholarly text reviewing the results of my synthesis. I am also hoping to organize a small workshop while in Berlin to bring together a selected group of experts to discuss some major issues. The overall enterprise will integrate evidence from anthropology, archaeology, epidemiology, human medicine, primatology, reproductive physiology, and molecular biology. In the course of a long academic career, I have published numerous papers on diverse aspects of primate reproduction and I am now poised to capitalize on that accumulated investment. Following two preliminary papers on the evolution of human reproduction published in 2003 and 2007, I now plan to produce a major academic monograph and have received invitations from both Harvard University Press and the University of Chicago Press to do so. I also intend to prepare two or more journal papers on specific aspects of particular scientific interest. In addition to its intrinsic value, my exploration of the evolutionary history of human reproduction will have direct relevance to medical science, notably in the realm of human fertility.

Although it is often stated that primates have larger brains than other mammals, this is simply not true of adults, either absolutely or relatively. While average relative brain size of adults is higher in primates than in other orders of mammals, considerable overlap exists. In fact, although humans do have the largest relative brain size among mammals, the next largest values are found not among nonhuman primates but in dolphins. However, it is true that, relative to body size, primates have larger brains than all other mammals during fetal development, as is reflected by a consistently larger relative size of the neonatal brain. Differences in brain growth trajectories after birth then gradually obscure this clear distinction between newborn primates and other mammal neonates. The fetal difference between primates and other mammals highlights the importance of gestation for brain development. Taken in combination with remarkable parallelism in the scaling of brain size and of basal metabolic rate, this suggests a link between maternal energy turnover and brain development and hence adult brain size.

However, in all scaling studies it is crucial not to confuse mere correlation with causation. An object lesson is provided by the "expensive tissue hypothesis" based on the inference from a negative correlation between brain size and gut size in primates that there is a trade-off between them. Careful statistical analysis of a large data-set for mammals showed that there is no significant relationship between brain size and gut size after eliminating confounding factors. Instead, detailed analyses allowing for confounding factors reveal robust relationships supporting the "maternal energy hypothesis" for the evolution of brain size.

With respect to brain development, humans are generally like other primates in most respects, but there are several unique features. Humans give birth to relatively large neonates with correspondingly large brains. Despite this, the human brain quadruples in size after birth rather than doubling as in the average primate condition. A greater degree of postnatal brain growth in human infants is achieved by continuation of the rapid rate of fetal brain growth after birth. Yet the human brain is already so big at birth that it poses an "obstetric dilemma": The fetal head only just passes through the pelvic canal while undergoing a complex obligatory rotation. The "obstetric dilemma" was recently challenged with the alternative proposal that the primary constraint is that maternal energy costs reach a maximal level by birth. However, no direct causal relationship was demonstrated. Moreover "genetic pruning" clearly selects against overlarge neonatal heads and undersized pelvic canals. The reality of the pelvic constraint in human birth is neatly illustrated by the lack of any such constraint on birth of large-brained neonates in dolphins, which have no pelvis. One response to the reality of the pelvic dilemma in humans has been an increasing frequency of Caesarean sections, now reaching epidemic proportions around the world.

Alles begann mit Sex : neue Fragestellungen zur Evolutionsbiologie des Menschen How we do it - the evolution and future of human ressources

How we do it : the evolution and future of human reproduction

The evolution of human reproduction : a primatological perspective