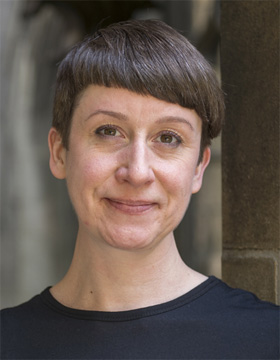 The Multiplication of the Species: Medieval Economies of Form, Accident and Substance

In the European Middle Ages, the coin, the seal, and the Eucharistic host (communion wafer) were artfully produced in multiples by processes involving forms of mechanical mediation that carefully choreographed the absence and presence of the human hand. In the book I will write at the Wissenschaftskolleg, I take these three auratic objects, each produced by indexical means, as a point of departure from which to explore the power of artifice, processes of making, and the appearance of things in the Middle Ages and, by extension, in the practice of art history.
Medieval coins, seals, and hosts were both overtly and implicitly associated with each other by virtue of their facture and appearance; and the three object types were often juxtaposed suggestively, even provocatively, in the period's habits of thought, its material practices, and its works of art. Taken together - as they so often were in medieval theory and practice - these serial, round, low-relief, monochromatic objects offer a powerful opportunity to examine the relationship between the singular and the multiple, between substance and appearance, and between ways of making and the efficacy of things made in medieval culture.
Rather than proposing a totalizing account or theory of "medieval multiplicity", I instead attend to the manifest historical variation in how these three medieval multiples were produced, encountered, and theorized from the sixth through the fifteenth centuries. The title of my book deliberately evokes Roger Bacon's De multiplicatione specierum, a late medieval account of how human beings come to knowledge through their senses and internal faculties (apperception). For Bacon and many other medieval thinkers, apperception was a process involving the emission and reception of species - understood as informing forms - constantly multiplying across physical, physiological, cognitive, and metaphysical thresholds. Exploring how the facture, circulation, perception, and conception of coins, seals, and the Eucharist did crucial conceptual work over the course of the Middle Ages, my project aims to lay bare the powerful part that object multiples played in shaping Western medieval culture and, in so doing, to propose a critically revised and reinvigorated vision of the work of the human hand - of art and artifice - in our accounts of the period.

Keeping up Appearances. On Medieval Works at Work in the World

What kinds of work do the appearances of works of art (or artifice) do in the world?

This is a fundamental concern for art historians. In my colloquium, I will take up this very large question concerning how material, made things work in and upon the world in relation to the western Middle Ages (ca 500-1450 CE) by means of three classes of object that loomed large in medieval culture: the seal, the coin, and the host (or communion wafer).

Over the course of the Middle Ages, seals, coins, and hosts were put into a strong resemblant mutual relation: they took the form of small, impressed, low relief, portable objects; they were monochrome; and they were produced by mechanical means and in series. What is more, they were consistently, if variously, brought into signifying relations of juxtaposition, contrast, and analogy, in both practice and theory.

The interrelationships forged between the coin, the seal, and the host by processes of making, circulation, reception, and discourse were not stable during the medieval period. One aim of my work is to attend to diachronic change, as well as continuity and recurrence, without losing sight of the contingency of the changing historical situations of these three works of artifice and of their work in and upon the world.

In my examination of these three medieval object types and of a range of material and intellectual practices organized in relation to them, I am pursuing propositional responses to an interrelated series of rather large questions, which I want to take up, first and foremost, as disciplinary (i.e., art historical) questions:

1. How might the contingent and changing fashioning and experience of the material world (that is, the multifold operations of culture upon the world by way of material making and doing) shape horizons of possibility for thought and imagination?
2. In turn, how might an insistently "materialist" approach to historical analysis offer a compelling account of how "thinking with things" (e.g., certain modes of metaphor, analogy, description) operated in and upon the material world? Of how such habits of thought extended or reconfigured the work of material works in the world?
3. What analytical problems and opportunities do limit cases of apparent similarity pose to an analytic habitus of comparison and distinction?

My work is very much in process. Accordingly, my aim in the colloquium is to sketch the range of the historical works, phenomena, and questions with which I am grappling, to offer several concrete examples as a selective grounding for that bigger picture, and to present some of the stakes of the problems I am exploring as well as some of my (still contingent) thinking about the questions Ive posed above.

Counterfeiting the Eucharist in late medieval life and art

From sacrament to street food

Manufacturing the sacred in the Middle Ages : the Eucharist and other medieval works of ars

Res et significatio : the material sense of things in the Middle Ages

The multiplication of the species : Eucharistic morphology in the Middle Ages