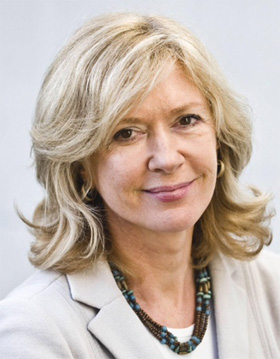 Empty Democracy: The Ambiguity of Secrecy in the European Union

Control over secrecy and openness gives power: it influences what others know and thus what they choose to do. The deeper the secret, the fewer the people who know the secret. This creates inner circles of secret-keepers within the executive power and gives certain individuals the superior position of knowing and sharing crucial information (secrets). But secrets may also be shallow (or become shallow) and thus knowable by outsiders such as oversight institutions like parliaments and courts (and the media) that may be in a privileged position to pursue information.
This book project builds on existing and on-going work to position the subject of secrecy and the European Union in the context of the on-going quest for more democracy and more legitimacy of its rules, laws and policies. It goes further in three specific ways. First, it proposes to address executive secrecy in a novel manner, which will hopefully contribute to a greater understanding of how executive secrecy in Europe in practice removes or otherwise selects actors/levels/policies from the practical reach of countervailing powers at various governance levels. Second, it will examine a link that is made between the phenomenon of executive secrecy and the phenomenon of compound executive power intertwined across various governance levels, in particular the supranational and the national levels. A fine-grained analysis of law and practice across a selected range of actors and policy areas, it will make it possible to understand deeper mechanisms at play. This interdisciplinary approach will provide a basis to think about institutional design at a less specific and more fundamental level. Finally, this project aims to make concrete proposals for institutional design at all governance levels that will enhance certain understandings of democracy, in particular representative and participatory democracy. Openness can be contrasted with "blacked out" or confidential decision-making spaces that persist in the interests of good or efficient decision-making in the context of a representative understanding of democracy. To what extent can secrecy become open and visible?
The research project has both a descriptive and a normative ambition. The methodology that will be employed is both legal (mapping positive law, including organic and inter-institutional rule-making) and empirical (studying practices as well as semi-structured interviews with key players in order to enhance understanding). The secrecy phenomenon and the various actors and their intricate interrelationships need to be mapped hand in glove with more empirical research. The latter is of course tricky when the subject matter is "secret". Nonetheless, step by step, by means of interviews and focused document research, light will be shed on the role various actors play, their attitudes and their practices. Normative political theory will be used as the basis for answering the normative questions.

In June 2013 the Austrian law student Max Schrems asked Facebook Ireland to send him all their data stored about him. When Max joined Facebook in 2008 he, like other Facebook users in Europe, was required to enter into an agreement with Facebook Ireland. Facebook Ireland transfers its data to servers located in the US where it is processed. Facebook eventually sent Max a CD with 1222 PDF files. Max was surprised how much the social network knows about him and his friends. And how much it remembers deep down in its servers even after Max had deleted data. Max would like to know much more - for example which biometric data Facebook stores. But Facebook says that they don't want to reveal any more. It's a confidential business matter.

Max complained to Ireland's data protection commissioner about the onward transfer of his data to Facebook in the US. He argues that there is no meaningful privacy protection in US law or surveillance practice, in particular for non-US citizens. Facebook Ireland states that its parent does not provide access to US security agencies to user data, except following targeted requests. It self-certified this under the so-called "Safe Harbour" agreement (SHA) negotiated by the European Commission with the US in 2000 as a way for US companies to comply with minimum European data protection standards. The Irish Data Commissioner agreed with Facebook and rejected Maxs complaint. On appeal the Irish High Court doubted the continuing legality of the SHA given what is now known of "mass and undifferentiated" NSA access to the content of personal data. Does NSA surveillance of the personal data of non-US citizens violate the essence of the right to privacy and data protection under the European Charter of Fundamental Rights and the European Convention on Human Rights? This issue was referred by the Irish court to the European Court of Justice in Luxembourg. At the oral hearing last March, the European Commission told the European judges that the only way to protect their own privacy is to delete their Facebook accounts.

My colloquium will put the issue of data privacy in its historical context and discuss three key conceptual moments, each related to technological innovation and different types of privacy anxiety - in the US, in Germany and in Europe. Are we now facing more of the same but just with digital technology and more complicity on our part? Is Mark Zuckerberg right that privacy is no longer a social norm? My (new) research project explores the balancing of the values underlying privacy and data protection in Europe against other values (e.g. national security, data-base inter-operability, competition) in a global setting. How can the negotiation of the boundary between private freedom and social or state control be democratically legitimated and according to which model of democracy?

‘Accountable independence’ of the European Central Bank : seeing the logics of transparency

Overseeing secrets in the EU : a democratic perspective

A transatlantic community of law : legal perspectives on the relationship between the EU and US legal orders

The changing role of law in the age of supra- and transnational governance Studien zur politischen Soziologie ; 7

Top secret Europe : inaugural lecture ; delivered upon appointment of the chair of Professor of European Law at the University of Amsterdam on 20 October 2011