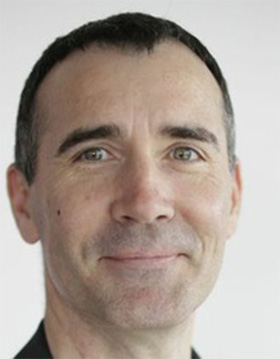 Professor in the History of Political Thought

Ancient democracy was founded on a conception of equality of rule. The idea sought to depict a complex arrangement of institutions and offices that implied an equal aptitude for the business of government. Modern democracies are premised on a more dramatic division of labour facilitated by the practice of representation. In the process, equality of rule has been replaced by the commitment to equal political rights. Since the eighteenth century, these rights have been associated with a range of provisions, including popular sovereignty, the franchise and entitlement to office. Western historiography since the Second World War has commonly identified the acquisition of equal rights as a means of distinguishing the "modern" from the "early modern" period. I hope to show how this compartmentalization involves distortion and simplification. The project as a whole is concerned with the variety of ways of understanding equality in ancient and modern democracies. Recovering these divergent conceptions of equal citizenship can improve our grasp of the passage from ancient to modern politics, and hence of the principal characteristics of modern democratic thought.

Most social and political scientists today, and likewise many political philosophers, are inclined to agree about at least one thing: to understand the nature of modern democracy we need to understand its history. Yet there are considerable obstacles in the way of reconstructing its development. Democracy was "invented" in ancient Athens and is very much still with us. Since 1945 it has come to enjoy a more or less global hegemony. So the first obstacle to writing a history of democracy is the problem of scale. Both in terms of its longevity and in terms of its spread, democracy might be seen as too diffuse an object to be capable of historical investigation. But then in addition there is the problem of transmission: there is no single tradition of democratic thought and no continuous institutional history. On the one hand this makes the issue of longevity simpler: the history of democracy is not as long as it might at first have appeared. Having died out with the rise of the Kingdom of Macedon and then the Roman Empire, democracy did not emerge again until relatively late in European history. But on the other hand this partial solution to the problem of duration brings with it a new set of difficulties. If democracy has had such an obviously discontinuous history, with the object itself having been transformed between its first emergence and its subsequent rebirth, what exactly is the history of democracy a history of?

The answer to this would seem to be that the history of democracy is a tale of "reinvention". Still, the process of reinvention is itself an intricate subject of study, extending from the Renaissance to the seventeenth and eighteenth centuries (and beyond). This presentation will consider a key moment in the historical reconstruction of ancient democracy as carried out by a range of enlightenment thinkers who also proved relevant to the ideological descent of modern political ideas: Montesquieu, Mably, Hume and Rousseau. Between them, though obviously not alone, these figures helped generate many of our modern ideas of liberty, consent and accountability. Yet they also shared a disdain for the achievements of democratic Athens. Close scrutiny of their understanding of the merits and demerits of popular rule helps us improve our sense of the constituent elements of the modern democratic state. All of them wrote on the eve of a period often depicted as the "Age of Revolutions", largely referring to political developments in late eighteenth-century America and France. The protagonists in these events often resorted to the principle of popular sovereignty for guidance. We might think of this as a foundational element in modern democratic thinking, and so as pointing us to a pivotal doctrine that explains the meaning of popular rule. However between 1789 and the 1830s the principle of popular sovereignty proved compatible with diverse conceptions of society and government. On one conception, for instance, democratic society was in fundamental tension with the available systems of responsible government. This suggests that modern democracy was not reborn as a definite "idea" but as an arena of struggle between rival responses to the problems of establishing popular rule.

What is conservatism? : history, ideology and party

Languages of conflict and the Northern Ireland troubles

Pocock and the presuppositions of the new British history

Theory and practice : the revolution in political judgement

What is Conservatism? History, Ideology and Party
Sage more publications in the Fellows' Library

Edmund Burke and the Origins of Conservatism

The Enlightenment and Its Legacies: European Political Thought, 1760-1840