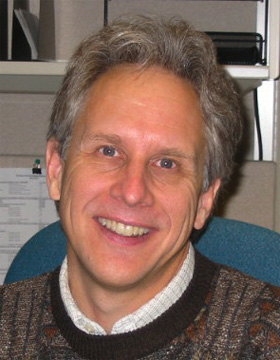 Sexual selection is a powerful evolutionary force that is widely recognized as causing dramatic morphological diversity among species. Extraordinary traits, such as elaborate plumage, dramatic coloration, or extreme modifications to the head, typically exhibit sexual dimorphism and are frequently associated with either male conflict or female preferences. These structures often differ conspicuously among males, but not females, of closely related species, suggesting that they can evolve rapidly. However, how such traits arise and subsequently become exaggerated is largely unknown.
Sexual dimorphism in head morphology is common in adult flies. Modification of the male head into elaborate and exaggerated structures, such as eyestalks, has evolved independently multiple times. Stalk-eyed flies in the family Diopsidae provide one of the most dramatic examples of this phenomenon. In males of some species, the elongation is so extreme that the length of the eyestalks exceeds the length of the body. Eyestalks play a critical role in the mating system by helping males win fights and by helping females select mates. Thus, these flies provide a model system for determining how elaborate traits evolve by sexual selection. Over the past few years colleagues and I have generated a large amount of genomic data on stalk-eyed flies that can now be used to locate genes and genomic regions that influence the development and evolution of this trait. During this fellowship I will work with colleagues to complete and annotate the genome assembly for one of these flies and then use the genomic data to determine the role of gene duplications and sex chromosomes in the evolution of this extraordinary morphological trait. In addition, I will evaluate the theoretical possibility that a genomic process, such as a duplication in a gene that influences sensory perception, could favor concordant duplications in genes that influence morphology. In addition to producing several papers on the genetics and development of these unusual flies, I also intend to write a review of how genomic factors, such as transposable elements and sex chromosome reversals, influence the evolution of exaggerated traits.

Why are females choosy? Solving the lek paradox with genomic conflicts

In many species of animals, males gather at traditional sites (called leks) and exhibit elaborate ornaments in ritualized displays while females visit, observe, and eventually choose to mate with an extreme individual (e.g. one that is brightly colored, has a long appendage, or displays vigorously) before leaving to raise the young alone. These species exhibit some of the most sexually dimorphic traits in the animal kingdom. Why females continue to be highly selective when all they receive from the male is his sperm has been called the paradox of the lek. A paradox arises because continual strong selection for the extreme value of any trait should, over many generations, eliminate genetic variation for that trait, at which point all males should be genetically equivalent. To provide some historical context I will begin by briefly contrasting the views of Darwin and Wallace, who were familiar with the elaborate ornaments of male lekking birds but disagreed on how sexual selection could explain their existence and had an incomplete understanding of genetic inheritance. I will then explain how most modern theories of sexual selection are based on a verbal model first articulated by Fisher in 1915, which implicitly incorporated genetic effects, but leads to the paradox described above.

Over the past 30 years, several alternative, but not exclusive, mechanisms have been proposed to solve the lek paradox. I will describe several of these and then provide some details about one particular process - sex chromosome drive - that can best be understood as an ongoing conflict between different types of chromosomes within the cells that produce sperm or eggs. I will illustrate how such a conflict can lead to genomic changes that influence the expression of a male ornament using results of experiments on an amazing group of flies, known as stalk-eyed flies, that are a model system for studying sexual selection, including the lek paradox.

I will close my presentation by providing a potential explanation for why some lineages of flies and perhaps lineages of birds or other animals show dramatic diversity of elaborate ornaments while other lineages do not. My suggestion involves another type of conflict, that between genomic parasites - known as transposable elements - and their hosts. Also known as "jumping genes" when active, transposable elements can quickly rearrange genomes, modify gene expression, and create novelty. The availability of whole genome sequences for a variety of species should soon make it possible to test this hypothesis.

Cooperation and conflict in the Social lives of bats