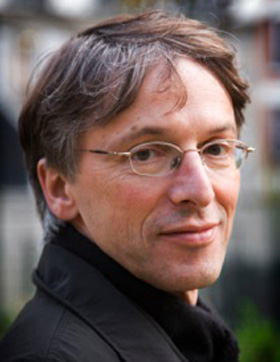 The House of Government: The Russian Revolution in One Building

Across the Moscow River from the Kremlin and the recently resurrected Cathedral of Christ the Savior stands a huge gray building known as the House of Government or the House on the Embankment. Built during the first Five-Year Plan as a model of the "Communist organization of daily life" and a shelter for top government officials, it takes up about three hundred acres on a marshy island and comprises 505 apartments clustered around 25 entryways and three connecting courtyards.
When the "House of the Central Executive Committee" opened its doors in 1930, it was itself an island - a city of the future separated from the city of Moscow by heavy metal gates and connected to it by luxury government cars shuttling over the Old Stone Bridge (which had been relocated for the purpose). It was a self-contained and unevenly collectivized private realm of public officials, complete with a post office, telegraph, tailor shop, cafeteria, bank, library, daycare center, kindergarten, laundromat, theater, movie theater, solarium, gym (with tennis courts and chess tables), grocery store, department store, shooting gallery, and beauty salon.
Sharing (or not sharing) these facilities, raising their families, employing German governesses, and constantly moving from apartment to apartment to keep up with promotions and demotions were high-ranking Peoples Commissars, Army commanders, proletarian poets, foreign communists, and assorted luminaries, including the professor who embalmed Lenin's body and the composer who wrote the Soviet national anthem. This microcosm's demiurge, the architect Boris Iofan, lived in a large penthouse apartment overlooking the never-completed construction of his next, and the world's ultimate, public building: the Palace of Soviets.
Then, in 1937-38, about 400 of them were arrested, accused of treason, and either shot or sent to the Gulag. Their families were exiled or relocated to communal apartments; their "living space" was taken over by polar aviators and record-breaking Stakhanovites (including A. G. Stakhanov himself).
I would like to write a history of the House of Government: as an examination of the physical structure itself, a collective biography (historical ethnography) of the people inside, a metaphor for the life and death of the first generation of Soviet rulers, and, ultimately, a history of the demise of the Russian Revolution.

I am writing a history of the so-called House of Government in Moscow: the largest residential building in the world, in which most top Soviet officials and "Old Bolshevik" revolutionaries lived as neighbors before being arrested (by one another) during the Great Terror of the late 1930s.

One of the most prominent concepts in their private letters, diaries, poems, and contemporary memoirs was "faith" - a faith in the coming of communism within one generation.

In my talk, I will explore the connections between the Great Terror, the nature of the Bolshevik faith, and the reasons for that faiths demise - within one generation.

The house of government : a saga of the Russian Revolution

N. Ia. Marr and the National Origins of Soviet Ethnogenetics

The House of Government : A Saga of the Russian Revolution
Princeton University Press more publications in the Fellows' Library

The Children of the Revolution

The Art of Condensation - Yuri Slezkine

a portrait of Yuri Slezkine by Gerd Koenen