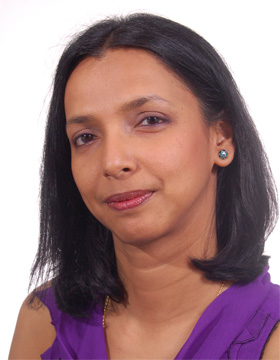 This project brings together theoretical insights from a number of fields of research within sociology and history - migration studies, historical debates over the uncertain boundary between free and unfree labour and life-course research - as well as feminist scholarship on work to bear on a study of temporary contract labour and circular migration, the fastest-growing trend within international migration. While temporary contract work involves both "high-skilled", highly paid professionals and "low-skilled" manual workers, this study focuses exclusively on the latter. Drawing on extensive ethnographic research among Bangladeshi contract workers in Singapore and Malaysia, on-going research in Bangladesh among return workers and their families and archival and secondary sources on the history of work, the study aims to develop a critical understanding of what constitutes "normalcy" in the context of "low-skilled", transnational temporary contract work today, in the absence of explicit coercion or physical confinement.

Transnational contract work and circular migration - the fastest growing trends within the field of international migration today - bring millions of workers from poorer parts of the world to affluent economies every year as more countries experiment with this form of non-permanent guest-worker arrangements. Defined as a fluid movement of people between countries, circular migration requires workers to tack back and forth between "home" and typically a number of different "abroads" in the course of a single working life. While this form of repeat sojourns can involve both "highly-skilled" professionals and "low-skilled" manual labour, my concern is exclusively with the latter, with particular focus on male contract workers from Bangladesh, who work in Singapore, Malaysia, the Arab Gulf and the Middle East and North African regions.

Rather than approach transnational contract work/circular migration in terms of a socio-economic cost-benefit analysis, or as a problem of human rights and adequate management of labour flows - two dominant trends within the literature on international migration - I situate it within a larger, historical question of the status of labour, especially the debates over the slippery line between free labour and forced labour. Drawing on ethnographic research among Bangladeshi migrants in Singapore, Malaysia and parts of Europe, as well as among return workers and their families in Bangladesh, I seek to develop a critical understanding of "low-skilled", transnational contract work as it evolves once again into widespread practice since the final decades of the twentieth century. In the process, I hope to offer insights into the complex interdependencies among different regions of the world - some with a surfeit of wealth but an ageing and hence shrinking labouring population, and others with endemic poverty, but a surplus, young labour force.

Work out of place Work in global and historical perspective ; volume 3