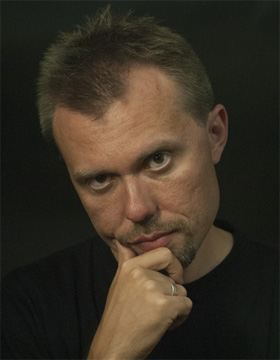 The principal aim of my project is to finish the book on Yekaterinoslav-Dnipropetrovsk "Almost Capital Without History" (together with my sister Tetyana Portnova). The basic idea is to put local events and realities into a broader historical, sociological, and cultural context and to look beyond the national narratives and various popular interpretations of Ukrainian, Russian, Soviet, and Eastern European history. Special attention will be devoted to the issues of the changing cityscape and competing self-definitions and self-perceptions of the city dwellers. The coexistence of the rural and the urban, of huge factories and city infrastructure with the agrarian areas including private livestock and private gardens, and the interrelations between the two lifestyles within the same city is another focus of the research. The history of Dnipropetrovsk allows us to gain new insights into the revolutions on the peripheries (the Russian and Ukrainian revolutions of 1917 1921, the collapse of the Soviet Union, the "Orange Revolution" of 2004, which in Dnipropetrovsk differed substantially from the same events in other parts of "Eastern Ukraine"). Yekaterinoslav-Dnipropetrovsk is also a great laboratory for studying various modes of the coexistence, conflicts, and interrelations of different ethnic and religious groups (the history of the Jewish community, as well as the stories of the local German, Polish, Karaite groups). The paradoxes of the city's "closeness" in Soviet time and the forms of dissident movements (from Ukrainian nationalists to Zionists and neo-Baptist activists) are no less important. The paradoxes of post-Soviet pluralism in the symbolic, economic, political, social, and cultural life of the city and its self-representations and images will be analyzed in the last part of the book.

The Ukrainian-Polish Conflict in the Second World War: Local Mass Violence, its Representations, and its Consequences for International History

The Volhynian Massacre (Rzez Wolynska) was an ethnic cleansing of the civilian Polish population of the Volhynia region planned and perpetrated in 1943 by the radical (Banderist) wing of the Ukrainian nationalistic underground under the Nazi occupation. Even though the Volhynian Massacre was one of the biggest mass killings during the Second World War organized by local militant groups (the number of victims is estimated around 60,000 people), its history is little known and its memory is absent in the general narratives of war and European history. Last summer, the 70th anniversary of the Volhynian Massacre became the major topic in both Polish-Ukrainian and internal Polish public debates.

In my presentation I will try to explain the reasons for the absence of the Volhynian topic in the grand narratives of European history and to analyze the ongoing Polish and Ukrainian controversies about it. I will try to explore the internal and international contexts of the current debates and to analyze the discourses of competitive suffering and the local debates on genocide. In trying to give a voice to the Eastern European historical discourses, I am not aiming to support the feeling of "Western" superiority (already evident in the literature of the subject), but to show the intellectual potential of including local "histories for home use" in the general narrative of inter- and transnational history.

I would also like to use the Ukrainian-Polish story to raise the broader issues of:

- the value of local voices and their importance for a better understanding of our human condition and world history;
- the paradoxes and challenges of a historian in the nationalized and polarized post-Soviet public space; and
- the (im)possibility of "non-Western" theory.

And I would also like to reflect on a question as it was formulated by my colleague Ussama Makdisi: Why do we always have to deal with dark episodes of history?

Whose language do we speak? : Some reflections on the master narrative of Ukrainian history writing

Soviet Ukrainian historiography in Brezhnev's closed city : Mykola/Nikolai Kovalsky and his "School" at the Dnipropetrovsk University

Ukrainian identity : the dynamics of unification and disintegration