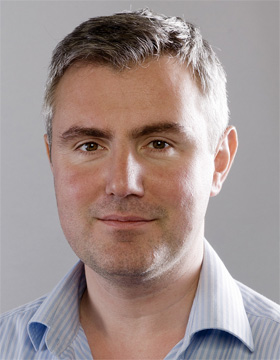 It is not surprising that the outbreak of the First World War has profoundly shaped our historical understanding of late 19th-century and early 20th-century international politics. Contemporaries sought explanations not just in the immediate July crisis, but also in the development and culture of international politics from the Franco-Prussian War of 1870/71. The explanations ranged from Prussian militarism to British commercial greed, from secret diplomacy to belligerent popular opinion. Historians and political scientists now regularly describe the international system as anarchical, driven by militaristic power politics, and prone to crises and war.
The accumulation of research, supporting this reading of international politics, appears overwhelming, but it also poses a puzzle. If the system was prone to war and if the wars of the mid-19th century had confirmed the benefits of Realpolitik, why were there no wars between the European great powers between 1871 and 1914? Was the second-longest period of great-power peace in modern European history - only eclipsed at the end of the Cold War - the result of a more orderly and restrained international system than scholars have described?
The aim of my research at the Wissenschaftskolleg is to examine one particular issue of interest to historians and political scientists, namely the norms governing the resort to war in a great-power crisis. The aim of the project is to analyse why war was rejected as an instrument of policy on so many occasions, when conventional historical interpretations describe a system with incentives and easy justifications for war. The first part of the project will examine various crises in which governments considered and rejected war as a policy option. The second part will analyse the "unspoken assumptions" that worked in favour of the maintenance of peace in this period, including the concern that a general European war would lead to political and social catastrophe; the perceived difficulty of securing popular support for a war; the centrality of the legal imaginations in diplomacy; internalised beliefs that a great-power war was not modern or that it was criminal; and fear that a war of aggression, even if victorious, would lead other powers to form a coalition against the aggressor for having violated the norms of the international system.

"In future, we shall not see wars": the wars that never happened - and explaining the one that did.

A century after its outbreak the debate about the origins of the First World War remains contentious, roused rather than becalmed by the recent spate of publications. Explaining the war has framed historical inquiry into international relations in the late nineteenth and early twentieth centuries, privileging confrontation over conciliation, aggression over restraint, and crisis over solution. And there is much to be said for such an emphasis - international politics was characterized by chronic crises, arms races, imperial rivalries, and wars.

But none of these wars were fought between the European great powers. And this absence of great power wars poses a puzzle. The challenge for historians is not only to explain why European states went to war in 1914, but to assess why the great powers maintained peace amongst themselves for over four decades, the longest period of great power peace in European history until the end of the Cold War.

My research at the Wissenschaftskolleg explores the reasons for the preservation of great power peace. The first part of my talk will address the historiographical background to my project and the possible benefits (and disadvantages) of reframing the question about the international order before the war.

The second part of my talk will discuss one specific strand of my research, about power in the international order before 1914. First I will argue that there were significant restraints on the use of military force in great power politics. Second power was constituted and exercised in new contexts created by economic interdependence, an international public sphere, and the drive for modernization. Finally the decision of particular states to countenance the use of military force within great power politics resulted, in part, from a lack of what Joseph Nye has called "soft power".

Decisions for empire : revisiting the 1882 occupation of Egypt

Preparing for war in an interdependent world : German financial preparations before 1914

Armageddon : political elites and their visions of a general European war before 1914

Shifting power, preventive logic, and the response of the target : Germany, Russia, and the First World War

The trial continues : new directions in the study of the origins of the First World War

The Great War for peace

A global history of anti-slavery politics in the nineteenth century

Preparing for War in an Interdependent World : German Financial Preparations Before 1914
Wiley more publications in the Fellows' Library

Armageddon : Political Elites and their Visions of a General European War before 1914
Sage more publications in the Fellows' Library