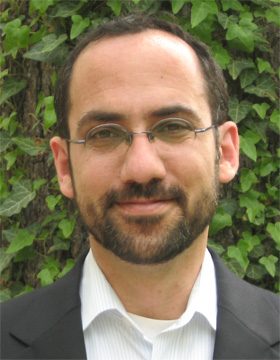 "The Multiple Deaths of 'Jew Süss'" is a new history of the trial and execution of Joseph Süss Oppenheimer (also known as "Jew Süss"). Oppenheimer was a Court Jew in 18th-century Württemberg who was arrested, put on trial, and finally executed in Stuttgart on February 4, 1738. Despite the importance of Oppenheimer's biography - the subject of several historical works, of Lion Feuchtwanger's seminal novel "Jew Süss" (1925), and of German director Veit Harlan's horrific Nazi propaganda film (1940) - a full, modern account of his actual trial and its many contradictions is yet to be written.
As opposed to the impression given by practically all historians of this infamous case, Oppenheimer's story is far from being completely understood. The sheer quantity of documents left from the trial (30,000 handwritten pages in Stuttgart alone) and their often contradictory nature, but also the many gaps they show, do not allow - and probably will never allow - for a complete and final scholarly verdict in this case. Particularly since the early 19th century, when questions about Jewish emancipation, assimilation, and acculturation came to the fore in Germany, the story of Jew Süss also acquired the status of a literary battleground on which different conceptions about the past, present, and future of German Jews were encoded and contested. Writing about Joseph Süss Oppenheimer has consequently never been a neutral act, the claims of previous historians notwithstanding.
"The Multiple Deaths of 'Jew Süss'" takes a radically different approach from earlier histories. Rather than impose one version of the events on the reader, the book is constructed as a series of Rashomon-like narratives. It presents and explores four very different versions of the events of 1737-38, based on the life stories and actual descriptions written by four of Oppenheimer's contemporaries: one of his judges, a famous Pietist priest, a local convert from Judaism, and another Court Jew.

The Multiple Deaths of "Jew Suss": A Moral Tale in Three (Brief) Acts

Joseph Süß Oppenheimer (a.k.a. "Jew Suss") is one of the most iconic figures in the history of anti-Semitism. Originally from the Jewish community in Heidelberg, in 1732 Oppenheimer became the Court Jew (special financial advisor) of Carl Alexander, the duke of the small German state of Württemberg. When his patron the duke died unexpectedly in March 1737, the Württemberg authorities arrested Oppenheimer, put him on trial, and condemned him to death for unspecified "misdeeds." On February 4, 1738, Oppenheimer was hanged in front of over 10,000 spectators just outside Stuttgart. He is most often remembered today through the vicious Nazi propaganda movie made about him in 1940, directed by Veit Harlan.

During my fellowship year at the Wissenschaftskolleg, I am rewriting the history of Oppenheimer's original 18th century trial. My book is motivated by three concerns: the disturbing afterlife of Oppenheimer's story in the 19th and 20th centuries; the extraordinary nature of the original trial documents; and the moral questions that arise from both. My talk will discuss these three issues one by one.

The many deaths of Jew Süss : the notorious trial and execution of an eighteenth-century court Jew

Between the linguistic and the spatial turns : a reconsideration of the concept of space and its role in the early modern period

What is defortification? : military functions, police roles, and symbolism in the demolition of German city walls in the eighteenth and nineteenth centuries