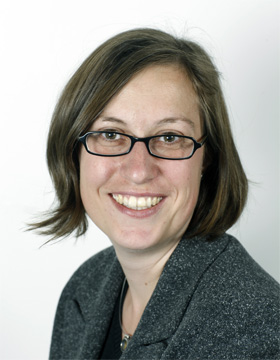 The Quantification of Decency

In its most general terms, this project is about the quantification of decency. It seeks to contribute to our understanding of the multifaceted relations formed between instruments of quantification, economy and morality, and the roles of rating, ranking and performance measurement in mediating between conflicting values and rationalities. The British prison service has been chosen as the principal research site, as it is here that conflicts between different organizational values and rationalities are particularly pronounced. Throughout the study, however, cross-national comparisons will be drawn, as well as comparisons between the prison service and other public services, such as health and social care, in order to identify general patterns and overarching dynamics. The project examines the Prison Services "decency agenda", emerging from 1999 onwards, against the background of processes of privatization, actuarialization and managerialization. It traces attempts to develop "quantitative measures of qualitative dimensions of prison life". It unpacks the different values and risks at stake and explores the interactions between different performance measures making up prison ratings, such as measures of decency and cost, operational effectiveness and security, prisoner safety and "individual transformation". The project seeks to contribute to the development of a more nuanced and differentiated understanding of the capacities and roles of the various calculative practices that populate the socio-economic domain. It seeks to enhance our understanding of the implication of instruments of quantification in shifting modes of power, regulating and governing. It seeks to offer insights into the inner workings of accountability regimes, their changing nature and the emergence of new regulatory spaces and practices. At a more general level, the project aims to add to our understanding of the relationship between economy and morality and the role of accounting instruments in its mediation.

Mennicken, Andrea. "'Too Big to Fail and too Big to Succeed': Accounting and Privatisation in the Prison Service of England and Wales." Financial Accountability and Management 29, 2 (2013): 206-226.
- "From Inspection to Auditing: Audit and Markets as Linked Ecologies." Accounting, Organizations and Society 35, 3 (2010): 334-359
- "Connecting Worlds: The Translation of International Auditing Standards into Post-Soviet Audit Practice." Accounting, Organizations and Society 33, 4/5 (2008): 384-414.

Custody, Care and Cost: Accounting between Economy and Morality

Since the late 1980s, the Prison Service of England and Wales has undertaken a series of steps to transform prisons into performance-oriented accounting entities. Apart from prison privatization, instruments of cost accounting, prison rating and performance measurement played a crucial role in this process. In my talk I will trace the impact of market testing, benchmarking and performance measurement in transforming the prison from a rules-based, bureaucratic institution to a calculating, economically minded organization. I seek to contribute not only to understanding economic and operational effects of private sector-oriented accounting reforms in public sector settings, but also the complex relationships between politics, calculation and morality.

My talk will give insight into the development of prison performance measures and ratings from 1992, when the first performance measures were introduced, to 2014. I will investigate their intertwinement with prison privatization and their effect on prison value reconfigurations. In the Prison Service of England and Wales, formalized performance measurement systems were, on the one hand, introduced to bring the economy of prison management to the fore, seeking to focus prison governors' attention on issues of cost management and efficient process management. The reforms were based on a conception of accountability that reflected high trust in the market and private business methods, and low trust in public servants and professionals. On the other hand, the measures were enrolled in attempts to ensure value plurality and "to moralize" prison management by including measures of decency and dignity alongside measures of public security, operational effectiveness and cost.

My talk queries the extent to which accounting can be called upon as a mediating instrument where values are at stake. To what extent can accounting be appealed to as a link connecting a multitude of actors and domains, including disparate values and rationalities, such as those of security, decency and economy? Objects and subjects of performance management, once standardized through accounting, are accorded a particular type of visibility, and this creates distinctive possibilities for intervention while potentially displacing others. Performance measurement instruments can easily lead to a narrowing of accountability and the crowding out of particular values (e.g. rehabilitation). But equally we should not be too quick in dismissing the potential that performance metrics have for animating reflection, debate and reform, not least because of the public attention and criticism they can attract. Accounting instruments, including systems of prison rating and performance measurement, are both inherently administrative and political. My research seeks to contribute to the unfolding of the complex interplay between quantification and regulatory change by attending to the multi-faceted modalities and operations of prison performance measures - from flawed tool of representation, learning device, to powerful ammunition machine - and the conditions under which these different modalities unfold.

Quantification = economization? : numbers, ratings and rankings in the prison service of England and Wales

The new politics of numbers : an introduction

The new politics of numbers : utopia, evidence and democracy Executive Politics and Governance

What’s new with numbers? Sociological approaches to the study of quantification

Accounting and the plasticity of valuation : Andrea Mennicken and Michael Power

Accounting for values in prison privatization

Too big to fail and too big to succeed: accounting and privatisation in the Prison Service of England and Wales

What's New with Numbers? Sociological Approaches to the Study of Quantification
Annual Reviews Inc. more publications in the Fellows' Library